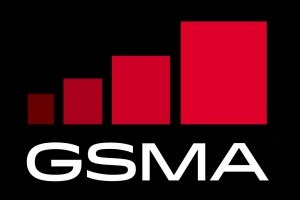 The GSMA has confirmed details of MWC19 Barcelona (formerly Mobile World Congress), including keynote speakers, prominent participating companies, programmes and events. MWC19 Barcelona will take place 25-28 February 2019, with events being staged at Fira Gran Via, Fira Montjuïc and La Farga L’Hospitalet. The GSMA expects that more than 107,000 professionals from over 200 countries and territories, representing a wide range of industry sectors, will attend MWC19 Barcelona.

Under the event theme of “Intelligent Connectivity”, MWC19 Barcelona will highlight the intersection of “hyper-connectivity”, enabled by 5G and the Internet of Things (IoT), and “intelligence”, delivered by Artificial Intelligence (AI) and Big Data. In addition to the core elements of intelligent connectivity, MWC19 will explore the key topics of Content, Digital Trust, Digital Wellness and The Future.

“Underpinned by 5G and AI, intelligent connectivity is a major technological force that will shape how the world communicates well into the future,” said a GSMA spokesperson. “Attendees will get to experience the impact of intelligent connectivity firsthand, across the conference and exhibition and the many programmes and events taking place at MWC19 Barcelona.”

The GSMA also announced that it has rebranded its flagship event series, moving from “Mobile World Congress” to “MWC”, a refresh that will be applied across all three global MWC events. The 2019 events will be referred to as MWC19 Barcelona, MWC19 Shanghai and MWC19 Los Angeles.

“This marks the first major brand update for our global event portfolio in over a decade,” the spokesperson commented. “We are rapidly moving to a world where mobile will connect everyone and everything, but at the same time, we are expanding our reach beyond mobile. The new brand retains the familiar acronym, while placing less emphasis on ‘mobile’ to reflect the broadening scope of communications today.”

The GSMA revealed the first confirmed keynote speakers for MWC19 Barcelona, with executives representing a wide range of industries including mobile, e-commerce, financial services and media and entertainment. Executives scheduled to headline the four-day Barcelona conference programme include:

More than 2,400 leading companies to participate at MWC19 Barcelona

One of the perennial favourites at MWC, the GSMA Innovation City will put a spotlight on how intelligent connectivity – 5G, IoT, AI and big data – is impacting and improving the lives of citizens, enterprises and governments around the world.

Visitors will experience intelligent connectivity across a range of sectors including entertainment, transportation, public services and industry, among others, with demonstrations from partners Google, Huawei, KT Corporation, Sierra Wireless and Turkcell, as well as GSMA industry and advocacy programmes. For more information, click here.

NEXTech Hall 8.0 is the destination for MWC19 attendees seeking cutting-edge technology trends, including AI, IoT, drones, robotics and Virtual Reality/Augmented Reality (AR/VR), among others. NEXTech will feature several specialised technology areas including the Drone Zone, the Graphene Pavilion and the IoT Pavilion, alongside the NEXTech Lab, an open theatre where leading industry players will present their latest innovations.

New for 2019, the GSMA introduced “Digital Planet: The Connected Experience” in Hall 8.1, an evolution of App Planet, which has been a mainstay of MWC since 2010. Digital Planet will include over 200 app, ad tech, e-commerce and marketing communication solution providers and other organisations focused on creating connected experiences and solutions that will positively impact citizens’ daily lives. Digital Turbine, Infobip, MessageBird and Toyota are among the companies that will be showcased in Digital Planet. Generalitat de Catalunya has been confirmed as the Official Sponsor of Digital Planet.

The GSMA also announced several other sponsors for MWC19 Barcelona. Husqvarna Group and SES Networks have joined as Networking Garden Sponsors, alongside returning Networking Garden Sponsors Android and Citi. Accenture also continues its support for the Women4Tech Programme as the Official Sponsor of the Women4Tech Summit. For more information on the exhibition, including exhibitors and sponsors, click here.

4YFN is the innovation platform for MWC19 Barcelona, enabling startups, investors and companies to connect and launch new business ventures together. The three-day event, scheduled for 25-27 February 2019 at Fira Montjuïc, is expected to attract 21,000 attendees, who will have the opportunity to meet the growing global tech startup community, take inspiration from onstage talks and workshops, and develop their skills in the newly designed Discovery Area.

Over 600 companies will be exhibiting at 4YFN, including startup delegations from Colombia, France, Greece, Hungary, Japan, Jordan, South Korea and the United Kingdom, among others. Sponsors for 4YFN include Banco Sabadell, Daimler, Intel, SEAT and Visa, as well as public institutions from countries and territories including Japan, South Korea, Spain and Taiwan. For more information, click here.

A decade of partner programmes at MWC

Over the last 10 years, nearly 125 companies from across the ecosystem have delivered more than 240 sessions in the MWC Partner Programmes, providing attendees the opportunity to engage with and gain insights from the industry’s leaders. Companies confirmed to host Partner Programmes at MWC19 Barcelona include Alibaba, IBM, McCann Worldgroup, Netcracker, Taiwan Excellence, Visa, and ZTE, while Equinix and Software AG will hold Power Hour sessions. For more information, click here.

The Women4Tech Programme is back in Barcelona with an expanded set of activities and events in its third year. Running across all four days of MWC19 Barcelona, Women4Tech is designed to address and reduce the gender gap in the mobile industry. A central element of the programme is the Women4Tech Summit, with keynote presentations and panel discussions exploring topics such as gender equality and career development; mentoring and youth education; women in communication and vertical sectors; and women as entrepreneurs and innovators.

The Youth Mobile (YoMo) Festival returns to Barcelona for its third year and is expected to attract approximately 25,000 attendees, including 22,000 school group attendees – nearly 85 per cent more students than in 2018. A dedicated programme designed to inspire young people to pursue education and careers in science, technology, engineering, art/design, and math (STEAM), YoMo will offer an array of educational exhibits, live theatre shows, interactive workshops and hands-on activities, as well as educator-focused workshops, lectures and more. The 2019 edition of YoMo also includes the Enhanced Teacher Track, which focuses on digital transformation of the classroom.

YoMo will be held Tuesday, 26 February through Friday, 1 March at La Farga L’Hospitalet. Energytruck, the new mobile exhibition of Foundation Naturgy, has been confirmed as a corporate sponsor for the programme. For more information, click here.

The 2018 edition of MWC was officially certified as carbon neutral by AENOR International, reiterating its position as the world’s largest carbon neutral tradeshow. In 2019, the GSMA is focused on further reducing the environmental impact and carbon footprint of the event, offsetting any outstanding emissions as necessary.

It will also extend the “Donation Room” programme, through which MWC exhibitors donate used materials to Barcelona citizens at the end of the event. At the conclusion of the 2018 event, the GSMA collected 21.5 tonnes of building materials and 10 tonnes of furniture items and worked with the city councils of Barcelona and Hospitalet to provide them to more than 20 local socially responsible entities. For more information, click here.

Get involved at MWC19 Barcelona

For more information on MWC19 Barcelona, including how to attend, exhibit or sponsor, click here.