KPMG has appointed Ian West as its new UK head of its Technology, Media and Telecommunications (TMT) practice, effective immediately. Alongside West’s appointment, the firm has appointed David Elms as chair of TMT.

West is a Global Client Lead partner for some of the firm’s largest clients in the sector, including a global telecommunications provider and an IT giant, and succeeds Alex Holt who is moving to the US to continue his role as KPMG’s Global head of Media and Telco.

Since joining KPMG in 2001, West has become one of the firm’s leading professionals supporting TMT businesses. He has more than 20 years’ experience in client relationship management across financial services, IT, media, telecommunications and professional services. West has also been a joint lead for KPMG’s c-suite programme, which supports senior clients on their development to the c-suite.

He began his career with NatWest working on technology-driven projects related to smartcards and new digital delivery models. West later became a founding member of a fintech start-up backed by Goldman Sachs and has since undertaken placements in Japan, US and Europe. West holds an MBA from Cass Business School (City University of London) and has completed various boardroom and non-executive director programmes at University of Cambridge Judge Business School. 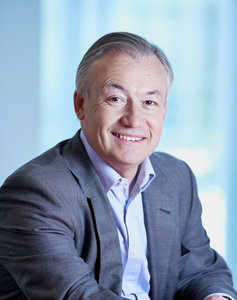 David Elms will play a critical, market focussed role as chair of TMT. Elms has 30 years of unrivalled experience across TMT, with especially deep boardroom relationships in media. He specialises in advising clients on strategy and corporate finance transactions. Elms joined KPMG in 1984 and has been a partner since 1998 and UK head of the Media Sector since 2008. He is also a key member of KPMG’s global steering committee for TMT.

Commenting on his appointment as UK head of TMT at KPMG, Ian West said: “Uncertainty might be the new normal in the economy, but for businesses in telecommunications, media and technology, disruption is part of their DNA and has been unsettling their world for decades. I’m excited to lead our UK practice and support those organisations through the persistent challenges they encounter and make the most of the opportunities that rapid innovation and change present.”

Talking about his appointment as UK chair of TMT at KPMG, David Elms said: “The challenges businesses are facing now, due to geopolitics and other issues, means that the business environment is changing rapidly. Thus, players in TMT the space, who are used to being the challengers, are having to work harder than before to make sure that they continue to take the opportunities in front of them. As chair, I will work closely with Ian and the TMT leadership, to help businesses through these challenges. I’ll use my experience to establish new client connections and further develop our longstanding boardroom level relationships. ”