Are telcos ramming the business into a digital brick wall? 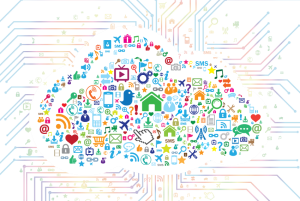 The key buzz term for the technology industry over the last couple of years has been “digital transformation”. This is a term I’ve always been slightly confused with, says freelance telecoms writer Antony Savvas, seeing that “digital” supposedly won-out against “analogue” about 25 years ago, in industries like the media, printing, reprographics, etc., etc.

But we currently have the strange scenario of large technology firms like Microsoft and IBM talking about firms having to “digitise” their business and embrace digital transformation, after they previously talked about “digitalising” or “digitalisation” back in the early ’90s.

Digital was also supposed to replace paper, index boxes and other bureaucratic ways of doing things, but admittedly that largely hasn’t happened. Though with digital transformation currently only being given a run for its money by “Artificial Intelligence” [in most cases really just automation] as the subject for too many keynotes, by too many executives, at too many industry events, we’ll stay with it for now.

The technology industry is well known for trying to encapsulate broad ideas in terms that can be easily hyped to sell “new” products and services, when we’re already getting there in an evolutionary way, or supposed to be. Just think about electronic data interchange (EDI) to telemetry to machine-to-machine to the Internet of Things and you’ll get the point.

When it comes to migrating to newer and better ways of doing things, the common obstacles cited usually include a mix of connectivity challenges, security concerns, a lack of skills and an unclear return on investment. This is despite the common belief among even laggards that new strategies can “revolutionise” their business, drive productivity and create jobs and ultimately improve customer satisfaction. 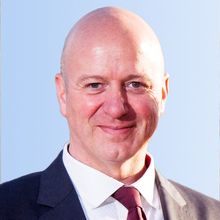 Flat on their face

It is, therefore, all the more disappointing seeing the telecoms business, which contains many, many CEOs regularly espousing the benefits of digital transformation at big conferences and trade shows, seemingly fall flat on its face over the issue.

According to leading consulting company Arthur D. Little (ADL), there is a “digital dividend” to be had worth over €200 billion, if telecoms companies actually embrace digital transformation. This is all rather disturbing, considering telcos understandably ask where all the money is going to come from to build the new 5G and IoT networks that everyone in the “real world” seems to take for granted.

Capex spending on areas such as 5G infrastructure and the Internet of Things is expected to require a 7% CAGR increase from 2017-2022, outpacing forecast revenue growth, said ADL. Consequently, failing to digitally transform “risks commoditisation and disintermediation, leaving telcos unable to invest sufficiently”. As one senior executive put it bluntly [and rather vintagely]: “Digitalisation – there is no other choice if we want to survive.”

So, why aren’t they doing it?

Currently, the majority of telcos are still at an early stage of “digital maturity” – 33% see themselves at the “digital basic” stage, with just 3% at the most advanced “digital expansion” level.

The report highlights that acting now is vital if telcos want to guarantee future success. However, ADL says becoming digital will require a substantial shift from telcos, focusing on two key areas: 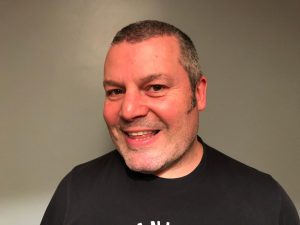 Jonathan Rowan, a partner at Arthur D. Little, says: “Telcos are self-acknowledged digital laggards, despite our survey highlighting an overwhelming awareness of the benefits of digital transformation.

“Until now there was little quantitative evidence of these benefits, but our extensive financial analysis highlights that it can deliver a ‘digital dividend’ of more than €200 billion in operating free cash flow benefit, or put another way, up to an additional ten percentage points of EBIT.”

I’d also suggest telcos appoint a chief digital or technology officer to the senior executive team to drive digital strategy and execution and change the age and skills diversity of boards and board advisers, drawing on the expertise of a new generation of “digital natives”.