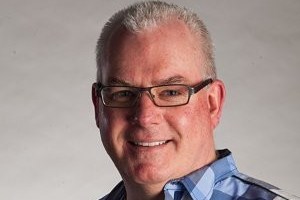 Samples were collected in iconic tourist areas, top travel destinations, business districts, retail shops, major entertainment areas, and other high-traffic areas. The end result is testing that shows how carriers perform in the busiest parts of Denver, and the results also evaluate how well networks are prepared for upcoming 5G deployments.

“Whether you’re at home, at work, or on the go, the Sprint network has you covered with the fastest download speeds in Denver,” said Eamon O’Leary, Sprint’s vice president for Network, West Region.  “We’re excited that our Next-Gen Network investment is making a real difference for customers, giving them a great mobile experience on an LTE Advanced network that’s built for unlimited.”

This year, Sprint has spent billions on its Next-Gen Network build, unleashing the company’s strong spectrum holdings to dramatically improve coverage, speed and reliability for its customers. Across Denver, Sprint continues to add new cell sites and upgrade existing cell sites to use all three of its spectrum bands (800 MHz, 1.9 GHz and 2.5 GHz) to improve coverage and provide its fastest, most reliable service.

The company has also added hundreds of indoor and outdoor small cells throughout the greater metropolitan area to deliver even more coverage, capacity and speed than before using unobtrusive units on telephone poles, street lights and other infrastructure.

Sprint has also rolled out LTE Advanced technologies including 256 QAM, 4X4 MIMO, enhanced Beamforming with Transmission Mode 9 (TM9) and two- and three-channel Carrier Aggregation for faster data speeds than before. In addition, Sprint is enhancing its upload speeds with capabilities such as Uplink Carrier Aggregation, 64 QAM and High Performance User Equipment (HPUE).

These technologies provide the foundation for Sprint’s LTE Advanced capabilities, now available nationwide and delivering up to 2X faster speeds on capable devices. They have also helped make Denver one of 225 cities where Sprint offers incredible Gigabit Class LTE performance for customers on capable devices.

To spread the word about its network improvements, along with offering the best value for Unlimited with Basic, Plus and Premium plans and other great holiday deals, the company is conducting an aggressive marketing campaign through the holiday season. Efforts include radio, outdoor and digital ads, along with in-store signage and materials.