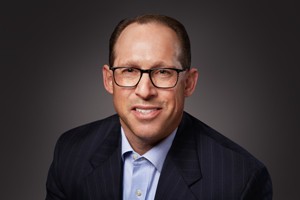 Q1- What was your first job?

I played professional soccer for a couple years right out of college but my first job in telecom was as an outside sales rep for McCaw Cellular in their East Side office of Portland, Oregon. This was the early days of 1990, so wireless penetration in the US was very low, about 2 to 3%.

At that time, the cheapest phone we sold was about $1,000 (€881) and the flip phone was $2,600 (€2290)! You also paid a dollar for every minute so if you spoke for 50 minutes it was 50 bucks. And there were no nights or weekends or mobile-to-mobile—all the things that people are used to seeing today. It was a really, really new business.

I was very fortunate in that as soon as I started, I loved the technology. Today, wireless carriers train their sales reps for a year. Back then, I was trained for one day, handed my three Zip Codes, wished good luck and that was it. It was completely up to me to go learn the business, which was so new and there weren’t many resources. There was only one or two books written about cellular at that time, and there was no internet back then. It was an incredible opportunity but entirely up to me to go figure out how to be successful. It was a long time ago, but I still have the training book and my first business card from that initial job at McCaw.

Q2- What led you to a career in telecoms?

In one of my off-seasons while I was still playing soccer, I went and worked for a company in Manhattan. My boss there had a wireless phone in his car and back then that meant the phone was hardwired into the car and a big part of his trunk was taken up by the transceiver. I just thought the technology was amazing!

So during my next off-season I was talking to my new wife of two months about what to do between seasons and how I could always coach but wanted to do something separate from soccer and she said, “Maybe you should get a real job”. So I opened up the newspaper, came across opportunities to sell wireless phones and literally answered an ad in the paper. I interviewed, got hired and you know what happened next.

I really picked telecom because I had used the technology in my role in New York City and, candidly, it was like magic to me. I didn’t understand how it all worked and that got me really excited about it. And once I learned about the technology, I fell in love with it.

Q3- Without naming and shaming, tell us about your worst ever boss.

That’s easy! I don’t think there’s a “worst boss” and let me tell you why. In life, you’re going to have teachers that are difficult, coaches that are difficult and bosses that are difficult. The thing you must understand is that you need to learn from all of them. The worst boss I ever had taught me what not to do. I learned how not to treat people. I learned how to do things opposite from her. So even though she wasn’t helpful to me in the way I thought or wanted and I don’t believe I grew under her as much as I could have, I actually learned a ton from her.

This particular supervisor did not do that. She also allowed mediocrity in her teams and played favorites—those kinds of things kill teams. She helped me understand early on in my career what not to do as I went up the ranks and as I became a people manager and a leader.

It’s something I’ve said for a long time but I believe that you can learn from everybody. You don’t just learn from bosses, you learn from peers, you learn from anybody whom you’re willing to listen to. As long as you’re open to learning and open to being a sponge all the time, you will learn. The second you close yourself off, you stop learning.

I also think you can learn equal amounts from great leaders as you can from really bad leaders. Always take the best from the best and when you get the worst, take it, understand it, and put it in its place so you can learn from it. In either case, as long as you’re open, listening and learning, it’s helping develop you into the leader you want to be.

Q4- What has been your most memorable business travel experience?

I’d say my first trip to Asia was the most memorable. I was fortunate to go to Asia while at AT&T, working with IoT hardware makers and smartphone hardware vendors. We went to Seoul, Korea and Tokyo, Japan. I hadn’t been to Asia before, nor had I done business there and it was really interesting and exciting for me. The cultures are fantastic and it’s fascinating how every culture does business differently.

Whether it’s in Asia or elsewhere, I love peering into other cultures, I love being a part of them and I also love doing business in them. It’s important to remember you need to respect every culture. They’re all different, all like to do things differently and sometimes people forget that it’s actually an advantage to understand how to do business with individuals from different parts of the world which involves respect. I’ve been very fortunate since and have been back to Asia a lot, but that first trip with AT&T was incredibly memorable.

Q5- What has been the proudest moment in your career so far?

That’s a tough question. I’d say this: I think the proudest moment in my career will always be about people. It’s always going to be around seeing somebody that you hired or someone that you met early in their career that, through your help and your mentorship, prospered in their career. It’s watching someone you’ve developed go up the ranks and be able to do and be what they want. I always think you should be measured based upon lives and careers of the people that you touch and the people you impact.

My favorite role up to this point was when I got the opportunity to be CEO of AT&T Wireless. I had this massive organisation and although that in itself could be seen as cool enough, that’s not how I looked at it. I looked at it as an opportunity to hopefully help lead, guide and develop a massive group of great people. To me, that was the most important thing I got to do every day and still do.

When you’re done with your career and retire and look back, there will be the great deals you’ve done or the products you’ve launched or the success you’ve had in the business but ultimately, it comes down to those relationships and those people that you got to develop and impact over your career.

On the business side, obviously being engaged and leading the partnership deal between Apple and AT&T to launch the first iPhone was a great accomplishment for AT&T and I’d argue we changed the world when we brought the iPhone into it. That’s another exciting and proud moment in my career, but it always comes back to the people side. For me, getting to know and develop people is always first and foremost.

Q6- Where do you see yourself in five years?

One of the great things about being at Synchronoss now is that it’s a different type of fun. I loved my time in my prior roles, but Synchronoss is a smaller company and just a fantastic place. I hope that in five years I’m sitting back and looking at how we successfully got Synchronoss back to where it should be. Synchronoss had tremendous success in the past, then ran into a few bumps and now we have an opportunity to bring it back, and even make it greater than it ever was.

So I hope in five years, I’m looking back at where we are today and proud as heck about the hard work we’re putting in and that we’re looking at the successes we were able to achieve as a company and bring to our shareholders and that our employees are proud of what we’ve accomplished.