Does the modern telecoms CTIO know how to deliver a 5G digital revolution? 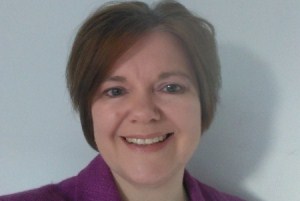 Despite a growing number of communications service providers (CSPs) converging CIO and CTO functions and teams, there is no single technology strategy in place to help guide this process.

This is a key takeaway from a new report from TM Forum, the industry association that claims to be driving digital transformation through collaboration. The report was launched at Digital Transformation Asia in Kuala Lumpur today.

The report ‘Redefining the CTIO: Essentials for the digital age’ explores the increasing convergence of network and IT functions within CSPs as a critical part of digital transformation, and the challenges facing CIOs and CTOs as a result. Based on the responses from global CTIOs over the course of six months, the report concludes that a single technology strategy is required to bring together all network and IT functions successfully. Delivery through a one leader is also essential.

“A decade ago, the demarcation between the CTO and CIO roles was clear and obvious: The CTO was responsible for the technical delivery and operation of the network, while the CIO’s domain was to provide the IT systems used by staff and customer-facing systems,” said Catherine Haslam, senior analyst, TM Forum.

“Today, the reality for CSPs is that demand for capacity and data usage are growing far more quickly than revenue is rising. Yet, no matter how dramatic, efficiency gains alone are not enough. Networks must also support new services and capabilities in an agile, flexible and dynamic way. These capabilities are best enabled by IT.”

CTIO – a labyrinth of complexity

The report also found that the remit and responsibilities of CSPs’ technology leaders are changing dramatically, as are the people fulfilling the roles. The key characteristics of a CTIO differ from the traditional roles and responsibilities of the CIO and CTO. The report identifies these key differences and relates this role change to digital transformation success, identifying the need to bring together not only network and IT expertise but marketing and strategy within one single technology leader.

At the global CTIO Summit in Nice earlier this year, CSP technology leaders were asked to rate their own leadership skills as they relate to the evolving demands of the role of the CTIO. The report revealed that the majority of technology leaders (89%) feel being adaptable and decisive are their strongest skills. These technology leaders understand that to successfully bring together network and IT they must be able to quickly understand, access and react to changing or new requirements.

“A labyrinth of complexity sits behind a simple title change,” continues Catherine Haslam. “The differences in skills, tools, timescales, working practices, not to mention culture, is vast. The modern CSP technology leader is a rare breed who crosses many skill-set barriers. Not only merging IT skills and engineering knowledge, but also embracing characteristics more traditionally associated with business leaders, marketing teams and strategy advisors.”

“Where once the technology leader was judged by throughput speeds, capacity gains and coverage, today’s CTIO is often rewarded based on meeting business objectives, not technical key performance indicators (KPIs). One technology leader we interviewed even stated that his company measured CTIO success on improvements in customer value.”

Network transformation – vendors could do more to help

According to the research, four major technology trends are defining the speed and direction of convergence within CSP roles and teams:

The report also explores the impact on external relationships as network and IT converge, namely the relationship between CSPs and their technology suppliers as network evolution and virtualisation becomes a focus. At the CTIO Summit technology leaders were asked if vendors could do more in supporting their digital transformation. The report revealed that they understand the challenges vendors are facing, however, their ability to ‘keep up’ with CSP demands around deploying DevOps or taking a multi-vendor approach to network virtualisation are becoming a key frustration.

“Network evolution and virtualisation is complicated. It involves not only changes in behavior from CSPs and its technology leaders, but also in the vendor community,” said Catherine Haslam. “Just like CSPs, suppliers must change the way they develop, deliver and charge for products and services.”

The future of OSS/BSS

According to the report, the single biggest challenge facing CSP technology leaders are the systems that support the network– particularly when it comes to the OSS domain. Half of all attending technology leaders at the CTIO Summit stated that 5% or less of their company’s OSS is currently in the cloud, despite expecting this to increase to 50% over the next three years. When asked to rate the biggest benefits of OSS migration to the cloud, technology leaders cited the ability to scale dynamically on demand as the number one reason.

In addition to the findings, the report also explains how CSP technology leaders and their suppliers are collaborating to reimagine OSS/BSS through TM Forum’s Open Digital Architecture (ODA). This offers a standardised blueprint enabling vendors to participate in a marketplace for reusable solutions to common business challenges. For more information about ODA, click here.

A full copy of the CTIO report can be viewed and downloaded here.