In search of a managed IoT ecosystem that works 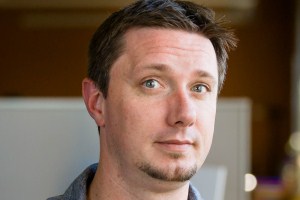 It’s no accident that the promise of the IoT has been slower than the headline Hungry tech media has reported over the years. Several factors – including security and privacy concerns, lack of interoperability, and poor network performance – have left consumers uncertain.

They don’t want to get locked-in, and they expect a viable system to “just work” despite all of the moving pieces. As a result, adoption – and more importantly, monetisation – has been slow for IoT startups and developers, as well as managed service providers and network operators who want to offer IoT as a source of new revenue, says Jason Walls director of technical marketing at QA Cafe.

The connected world is at a crossroads. The IoT is complicated, and requires a big picture view to understand the scope, the scale, and the stakes. This has resulted in a collision of several different business worlds: software providers who are used to an agile release cycle and continuous support; security and network experts in enterprises and ISPs who demand standards and interoperability; and consumer electronics vendors who are used to a “sell it and forget it” business model. This presents an opportunity to unify these worlds through a managed IoT ecosystem that is flexible, secure, standardised, and puts control in the hands of all affected parties – including the end-user.

Flexibility – there is no one size fits all

Part of the reason there is a lack of a coherent story for the IoT is because the number of applications, use cases, interfaces, deployment scenarios, and device types is tremendous. When hearing developers talk, however, they are often hyper-focused on the technology – whether that’s a particular wireless spectrum or transport mechanism.

But all of these different solutions are meant for different uses, and not every IoT scenario is going to be met using the same solutions. Some scenarios will involve fixed, point-to-point communication with plentiful bandwidth. Some will involve control points and endpoints that are on the move. Some devices will have plentiful compute resources, and some startlingly small. Any attempt to unify them needs to exist at a layer above it all, and the lines between layers kept very clear, to keep it flexible and extensible.

Security in the IoT is the obvious elephant in the room that has been written about more than perhaps any other IoT topic. It’s true that guaranteeing trust and message integrity is computationally expensive, and not always possible for severely constrained devices. While that may change as memory and processing power continues their ever increasing efficiency gains, it will still be a looming problem for some time.

However, guaranteeing data security in transport is not the most important piece to security in the IoT. The biggest factor is upgradability – the ability for the stakeholders involved to monitor and remotely patch vulnerable devices. When it comes to dealing with malicious attacks, adaptability is often more important than defense.

Upgradability is more an issue of culture and business model than it is a technological problem. Consumer electronics and hardware solution developers just aren’t used to the idea that the things they build will need to be supported and upgradable for very long life-cycles. An IoT ecosystem that is managed in its deployment and support life-cycle is crucial to hardening the IoT against the constant threat of exploitation.

Standardisation – getting it to work together

The other obstacle to IoT adoption is simply interoperability. There are many projects out there attempting to define the information models for sensors, actuators, switches, and lights. However, the manageability of the IoT must also be standardised – that is, the ability to onboard, monitor network connections, troubleshoot problems, and upgrade firmware.

The nice thing about a true standards based approach is that it allows for wide-ranging testing for interoperability and conformance. With the right tools and certification programs in place, implementers can be confident that their products will be robust and work in a multi-vendor environment – something the IoT is sorely lacking.

Fortunately, this problem was solved in the past for another set of complex devices: broadband Wi-Fi home gateways. Internet Service Providers, through the Broadband Forum, addressed their need for these features over a decade ago with the CPE WAN Management Protocol (commonly known as TR-069), which provided a protocol and standardised data model for interacting with network aware devices that eventually spread to other CPE.

Fast forward to today, and the Forum has developed an evolved form of this protocol called the User Services Platform (USP). Built on top of many new technologies, USP is designed to provide this ecosystem for the IoT, with features that include flexible transport protocols for deployment, end-to-end security, and a standardised information model for any kind of connected device. Armed with these tools, these colliding worlds can be unified, giving everyone involved a complete story for the future of the IoT.

You can find out more about the User Services Platform here.