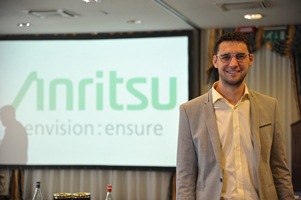 The Internet of Things (IoT) is a new addition to the range of capabilities enabled by global telecommunication networks and opens up many new possibilities for applications and services.

The Internet of Things is not just about new application and services: it embraces the whole technological spectrum that enables all of these innovations. This technology is evolving from today’s LTE and GSM mobile communication networks and their enhancements to meet new requirements.

This article outlines some of the technologies involved in optimising the performance of cellular IoT systems.

Even before the new cellular IoT technologies like Cat-M1, NB-IoT and EC-GSM were present in industry, there was already a need for connectivity with devices like vending machines, water pumps or home alarms. These applications required relatively small amounts of data transmission, did not require battery power because they were always connected to the electrical grid network, and had no or very limited mobility needs.

To enable these applications, standard GSM/GPRS modems offering sufficient data throughput and connectivity were typically used. Further development of applications and services revealed new requirements including battery-powered devices, the need for enhanced coverage of the access network in order to access devices in deep indoor locations and much lower-cost devices.

These requirements led to the development of new technologies based on LTE and GSM. The first LTE-based technology is Cat-M1, also known as LTE-M or eMTC (enhanced Machine Type Communication). It is defined as a new LTE category “M1”. This was followed by NB-IoT (for Narrow Band IoT), also called LTE-Cat-NB1 which is also defined as a new LTE category “NB1”. The third cellular IoT technology is GSM based and is called EC-GSM (Extended Coverage GSM) or EC-GSM-IoT. Each cellular IoT technology has its own characteristics defined by different uplink and downlink speeds, latency and coverage (Table 1). 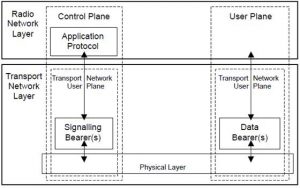 These methods are based on the optimisation of transport protocols to enable a very short connection time of the device which in turn reduces the power consumption and also saves the limited bandwidth for data transmission.

IoT applications which require the transmission of very small amounts of data – for example, the reading of the amount of water from a water meter located in the basement of a building – normally use NB-IoT technology, which also has a small transmission bandwidth. If an IPv6 header (which has at least 40 bytes) is used for encapsulation, the headers may require a significant part of the user data for transmission.

If in addition a full radio data bearer is required for transmission every time the device needs to transmit the data, significant connection time is again involved, which has an impact on the battery life of the device. Such transmission becomes inefficient and methods are required to make it more efficient to meet the requirements of IoT applications.

Fig.2 shows the different data paths in an IoT network infrastructure, with optimisation of data transfer being implemented in both user and control planes.

User plane EPS optimisation enables the support of user data transmission without the need to establishing new access stratum context between eNodeB in the E-UTRAN access network and the user equipment (UE). The first precondition of using this function is initial establishment of access stratum bearers and security contexts in the network and the UE.

This optimisation takes into account the fact that user data are transferred through the standard S1-U interface between eNodeB in the E-UTRAN access network and the SGW gateway. 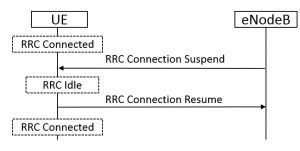 Part 2 of this article will appear tomorrow

The author of this blog is Martin Varga of Anritsu Europe