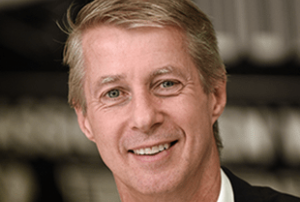 Russia is set to become a “fast follower” 5G nation on the global stage, with 5G networks forecast to provide coverage to more than 80% of the country’s population by 2025, according to a new GSMA study.

Russian mobile operators are set to launch commercial 5G networks in 2020 and 5G is expected to grow to account for almost one in five of the country’s mobile connections (48 million) by 2025, establishing Russia as the leading 5G market in the Commonwealth of Independent States (CIS).

Other countries in the region expected to launch 5G services by 2025 include Azerbaijan, Belarus, Georgia and Uzbekistan, according to the Mobile Economy: Russia & CIS 2018 report, which was published today at the Mobile 360 Series – Russia & CIS event being held in Moscow.

“Our new study reveals how Russia will lead the CIS region into the 5G era over the coming years, as operators invest in rapidly building out 5G coverage across the country’s population, following the launch of the region’s first 5G networks in 2020,” said Mats Granryd, director general of the GSMA.

“These new networks have the potential to create digital economies and drive the transformation of industries, but will require a supportive regulatory framework focused on encouraging investment and innovation, for example, by ensuring the timely availability of harmonised spectrum to 5G operators at a suitable price.”

Given this high level of penetration, subscriber growth in the region over the next few years will be limited, forecast to increase by only 2% points to 82% by 2025. The majority of new subscribers over this period will come from Uzbekistan, the region’s third most populous market after Russia and the Ukraine, but one of the least penetrated at 60%.

Meanwhile, 4G has plenty of headroom for growth as the region enters the 5G era. 4G accounted for 16% of connections at the end of 2017, largely driven by Russia, which was one of the first countries in the region to launch 4G in 2012. All three main Russian operators have since launched LTE-Advanced networks, which provide an evolutionary path to 5G. By 2025, 4G is expected to account for more than two-thirds of the region’s total connections with 5G accounting for 12% by this point.

The first 5G-based use cases in the region are expected to focus on enhanced mobile broadband (eMBB), which will add capacity and higher speeds for mobile internet access, usually in urban hotspots where 5G will be an offload solution to ease network congestion.

However, 5G-based Internet of Things (IoT) and enterprise solutions will follow soon after. The number of IoT connections in the CIS region is forecast to triple over the next few years, reaching 660 million by 2025, opening up opportunities in areas such as smart cities and smart utilities. Other areas of opportunity for mobile operators in the CIS region include e-commerce, blockchain and investments in the startup ecosystem.

The new report The Mobile Economy: Russia & CIS 2018 is authored by GSMA Intelligence, the research arm of the GSMA, in partnership with the LTE Union. To access the full report and related infographics, please Click here