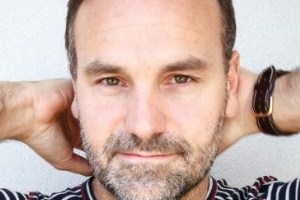 “Ubuntu is now the world’s reference platform for AI engineering and analytics” said Mark Shuttleworth, CEO of Canonical. “We accelerate developer productivity and help enterprises operate at speed and at scale, across multiple clouds and diverse edge appliances.”

This year, the financial services industry has engaged significantly with Canonical and Ubuntu for infrastructure efficiency on premise and to accelerate their move to the cloud. The push for machine learning analytics and of fintech efforts around blockchain, distributed ledger applications and cryptocurrencies are current drivers of Ubuntu investments and deployments.

Ubuntu Server 18.10 images are available on all major public clouds, including minimal images popular for container workloads with a small footprint and fast boot time. For private clouds, Ubuntu 18.10 ships with OpenStack Rocky for AI and NFV hardware acceleration and Ceph Mimic to reduce storage overhead.

Ubuntu Server 18.10 includes the latest Kubernetes version 1.12 which brings increased security and scalability by automating the provisioning of clusters with transport layer encryption and is more responsive to dynamic workloads through faster scaling.

The Linux 4.18 kernel together with updates in Mesa and X.org significantly improve game performance. Graphics support expands to AMD VegaM in the latest Intel Kabylake-G CPUs, Raspberry Pi 3 Model B, B+ and Qualcomm Snapdragon 845.

Ubuntu 18.10 introduces the GNOME 3.30 desktop and Yaru, the new community-developed default theme. Fingerprint unlock functionality is featured for compatible PCs and the latest versions of Firefox, LibreOffice, and Chromium are included.