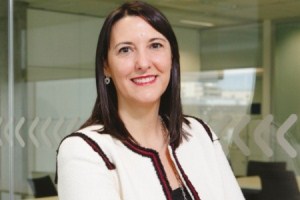 Telefónica’s Data Unit, Luca has unveiled its new Big Data solutions based on Artificial Intelligence (AI). Two years after the unit’s creation, its multi-sectoral offer of Big Data is evolving with the integration of new advanced analytic capabilities.

The development is thanks to technologies such as machine and deep learning, and deployed on Telefónica’s Fourth Platform where all the data generated by its customers by using the products and services of the company is normalised and processed, reportedly “guaranteeing its privacy and security”.

During the celebration of the Luca Innovation Day and under the slogan “Science without fiction”, some of Telefónica’s corporate clients found out how AI practically integrates its entire catalogue of consultancy and analytics services as well as tools and infrastructure solutions as a service (BDaaS) that it offers to companies and all kinds of organisations.

“At Telefónica transformation is synonymous with adaptation and therefore it is very important to take advantage of the benefits provided by the different waves of technology as soon as possible”, said Elena Gil Lizasoain, Global Big Data director at Telefónica and CEO of Luca.

“We believe that our customers value very positively the benefits provided by Big Data in the management of their businesses and we want to continue accompanying them in taking that leap and help them making even better decisions also based on artificial intelligence”.

Two years’ experience in the sector

In October 2016, Luca was created to accompany its corporate customers in their digital transformation, helping them exploit all the potential of the data. Two years later, as stated in the report published by Forrester, “The Forrester Wave: Specialised Insights Service Providers, Q3 2018”, Luca, Telefónica Data Unit, is positioned as a Leader in the market.

In all this time, Luca has brought its solutions to more than 20 countries where it has worked with more than 150 corporate customers in over 200 projects. Countries including, in addition to the markets where Telefónica operates, others such as China, where it maintains a joint venture with China Unicom, and Israel, where the operator Pelephone uses Luca Smart Steps technology.

Aware of the importance of data to promote in-depth social changes, Luca has also developed several projects related to the United Nations Sustainable Development Goals. Thus, it has collaborated with agencies such as UNICEF or UN Global Pulse in Big Data projects to manage the response to natural disasters or in different environmental projects with the FAO.

In addition, in 2017, it launched a Sports Analytics area focused on data analysis to increase sporting performance by collaborating on projects with the cycling team Movistar Team and the eSports team Movistar Riders.