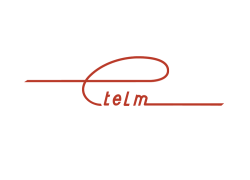 This is the conclusion drawn by Etelm for those aiming to ensure equivalent or better services are provided in terms of mission-critical performance and coverage. Improved data services must be in addition to traditional mission-critical voice, not a replacement.

However, gateways will always have limitations in terms of inter system functionality and support, so Etelm have overcome this by fully integrating its TETRA system to the standard LTE Core network – recently we have successfully tested our TETRA base station at ETSI/3GPP’s plug tests and have demonstrated our TETRA eNodeB connected to different LTE Core networks and to different eNodeB equipment vendors. Our 4GLinked system provides a single network solution for LTE and TETRA.

There are many advantages in using both LTE and TETRA technology together, said Ward. “TETRA is widely deployed and has been a proven technology for 20 years with millions of subscribers in operation globally in public safety, transportation, oil & gas, and many other mission critical applications. It works in lower bands so has good coverage and networks cost less to deploy. However, LTE allows much more data bandwidth and opens a new world for applications.

Ward also highlighted that traditional UHF technologies have a much wider footprint than LTE – vitally important in terms of availability for emergency services. Coverage improvement techniques commonly used within LTE, such as beam forming, are not suitable for group calls as used in mission critical situations so the costs of providing equivalent coverage to meet these needs would be a serious challenge for any private LTE network. So for many users it is essential to have the possibility of full integration to different technologies to provide more cost efficient, wide area coverage in less populated areas in addition to broadband services.

He continued: “An integrated solution is a new approach to interconnection. By allowing TETRA and LTE to interwork in a unified way, the integration is not limited to the application layer and for optimum performances and maintainability, base stations from both technologies are connected to a single core and a single database. All the switching intelligence is centralised and both technologies appear at the radio level. In addition, all interfaces such as MCPTT are standardised applications over LTE.”

Ward summarised the benefits of this approach, including how it provides financial benefits of one single network, an optimised solution for technical performances, an answer to operational challenges, and is operationally fit for hybrid solutions. He then described the results achieved following deployments of Etelm’s 4GLinked solution, which was designed to integrate TETRA and LTE in a single core, single database solution.

“Following our drive to fully integrate broadband and narrowband technologies, Etelm developed our own range of LTE basestations. Our LTE eNodeB and PicoCell are developed for mission critical users and optimised to maximise coverage.”