Why should NetOps teams use a packet-based analytics solution? 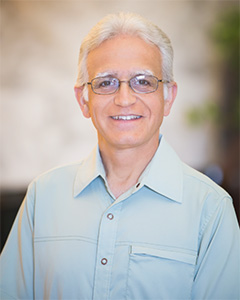 NetOps teams must proactively find issues on the network before they turn into problems, writes Jay Botelho, the head of products at Savvius, a LiveAction company.

The reason being that networks are driving more digital change than ever before, which is amplifying the pressure on those responsible for deploying, monitoring and maintaining them. As a result, there’s a premium on actionable real-time visibility into networks and application performance issues, as NetOps teams must solve issues in real time to minimise the effects on the end user. The goal is to provide actionable network transaction-based monitoring, rapid root-cause analysis and integrated packet-level forensics in a single solution, so teams can quickly identify latency, communication and capacity issues.

However, extracting insight from the flood of information traveling through today’s high-speed networks is a constant challenge faced by those responsible for network performance and reliability. Statistical summaries and aggregated data are traditionally just a starting point for further investigation into problems. And historically, packet data has not scaled for high-speed real-time monitoring. As a result, a new breed of solution has been born (such as Savvius Spotlight) that simultaneously provides the precision of packet-based analytics with the speed of flow-based monitoring (at a reasonable cost).

The end result is actionable visibility, which helps teams focus on the biggest problem areas, which essentially requires four elements. First, the data must be acquired from wire data, a data centre, the cloud or the edge. Next, the network and data must be monitored for end-user experience in true real time. Third, the team must be ready to investigate a problem or issue, from traffic to trace files. And finally, a certain level of the packet data must be retained so teams can troubleshoot. How can this level of network visibility be put into action?

Here are six reasons to use these new network and application performance management (NPM/APM) analytics solutions:

As mentioned above, there’s real cost associated with any kind of operational downtime, so avoiding or at least minimising these issues is a NetOps priority. Therefore, it’s critical to maintain a high-quality end-user experience for employees and customers. The powerful new analytics tools available today allow IT teams to anticipate network and application performance problems and react in real time. Rather than waiting for complaints, it’s now possible to monitor every aspect of network traffic and performance at an incredibly granular level, making network problems much more visible even as the speed and volume of network traffic rises dramatically. The vision of network continuity all day, every day, across the entire network, is finally here.