Hand-to-hand combat among surprises at Economist Summit, as delegates urged to augment not replace human skills 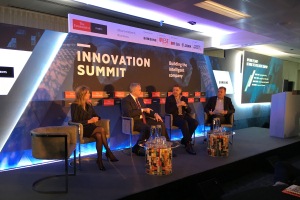 It was inevitable that the technology du jour, artificial intelligence (AI) dominated opening exchanges at today’s Economist Innovation Summit (#EconInnov). And for those – like me, admits Jeremy Cowan – who believed that AI is still mostly a series of chatbots and pilot projects there was an early wake-up call.

In the opening session, moderator Tom Standage, The Economist’s deputy editor, was told by Nicole Eagan, chief executive of Darktrace, a company that describes itself as a player in “Enterprise Immune System technology for cyber security”, that her organisation has now deployed AI in more than 7,000 companies worldwide.

(Nicole will be interviewed by IoT Now in the next few weeks to discuss the AI market and these deployments in greater detail. Ed.)

It was less surprising to hear her say that banks already use AI in fraud detection and predictive models, but she insisted that most of their deployments are completed in less than an hour. We’ll come back to that claim when we talk face-to-face.

Tom Standage seemed skeptical about something, asking how they get around the situation of looking for any hackers already in the network. After all, to a new AI system, anything that’s in the network already appears by definition to be the norm. Eagan maintained that in the first two or three days the system may say that it’s normal, but by examining multiple datasets it can soon detect abnormalities.

Heavy but not slow-moving

Aside from financial services, Standage asked which industries are furthest ahead in embracing AI. The answer from Heath P Terry, managing director of Goldman Sachs, was the next surprise. “We’re seeing incredible things in heavy industry; energy, oil, heavy machinery and manufacturing.

For example a gas turbine can have 400 sensors on it – so we’re not talking about an engineer monitoring it with a notebook and dials. AI can see warning signs of possible failure from five hours to five days ahead. If you can schedule maintenance in periods of low use it can be of critical benefit to companies with 2-3% margins, in areas like utilities.”

Standage seemed as surprised as some of the audience at this reply. “These are companies we don’t associate with rapid adoption of new software,” he said. Which industries are lagging then?

“It’s not whole industries,” Terry replied. “It’s more specific companies. Maybe retail (is slower),” he conceded, “but there’s a massive talent shortage. An eight-figure AI expert is not going to go to a retail company if they can go to Google or another tech company for a lot more.” But the biggest challenge Heath saw, is having the kind of data that we need; we’re doing a better job of keeping the right data, he insisted.

Microsoft UK’s CTO, Michael Wignall, was asked where AI is being used by his company. “AI fits into tools for others to be more productive,” he said. “We’ve pivoted to make ourselves and now our customers more productive. For example, we’ve added real-time translation on Skype from Chinese to English.

We’re democratising AI, lowering the barriers to use.” Other examples are that Microsoft provides the “plumbing and capability” to enable a Dixons Carphone phone chatbot, and we’re enabling Rolls-Royce to offer Engines-as-a-Service, not as a product. AI is clearly enabling business model innovation, but there are risks.

Build or buy, and other risks

Standage commented that Google or Facebook have deployed Machine Learning (ML) in Suggested Products, from idea to service in as little as five months. He drew wry laughter when he contrasted this with most companies that have taken 10 years to switch to cloud email.

Wignall said he expected companies to adopt these technologies (such as AI, ML and Deep Learning) by a mix of overt developments and stealth. “People will become aware of it by use,” he suggested.

“You’ll see AI in areas where you have to build it yourself,” Heath maintained, “for example in financial services, but companies like Microsoft and Google will supply complex building blocks so clients don’t have to reinvent the wheel every time.” 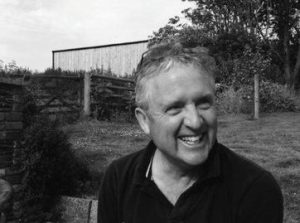 Eagan raised another concern. “I can see these projects increasing the attack surface, plus there’s a shortage of talent with 2 million open jobs in the sector. A cyber attack can encrypt a company’s data in the time it takes a security manager to get a cup of coffee, so humans need to be augmented with AI technology.”

Asked if engineers react badly when AI software is installed, she said, “When you put in AI to detect threats, people are OK with it. We can then decide on actions and the machine can neutralise threats. We built in new features to give humans control and acceptance.”

Darktrace tells clients to use it repeatedly in Recommendation Mode. When that works repeatedly, you move it to Human Confirmation Mode. “Then you move it to Active Mode where AI takes decisions and actions. You have to build in time for people to learn to trust it,” she added.

“Cyber experts can be in hand-to-hand combat (with hackers) when we arrive. Then 12 months later, after deploying the technology in trial mode, they are in a Due Diligence phase. They’re getting ahead, securing the cloud, seeing how they’re doing in cyber defence compared to their peers.”

Let’s give the last word to Microsoft’s Michael Wignall. “AI is a productivity tool. Some organisations use it to improve their customer service, some for lower costs. But it will bring new business models we don’t foresee. The Luddites (a radical group of 19th Century British textile workers who destroyed weaving machines in protest at the loss of jobs. Ed.)were right, but railways and telegraphs were coming bringing new forms of employment.”