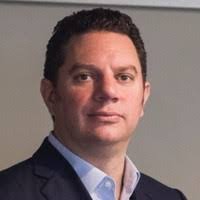 In wake of OpenSignal’s recent analysis of the 3G and 4G consumer experience on Vodafone, T-Mobile, Tele2 and KPN in the Netherlands – titled: State of Mobile Networks Netherlands, George Malim spoke to Peter Boyland, an analyst at the firm.

Key findings of the research include that, with average 4G download speeds well in excess of 40 Mbps, all four national operators have now passed 90% in OpenSignal’s analysis of 4G availability – the first time this percentage has been seen this in the firm’s European reports. The lead in 4G availability was tied between Tele2 and Vodafone, with T-Mobile losing out after a three-way tie six months ago.

T-Mobile, however, kept its leadership in the 4G download category with an impressive score of just over 50 Mbps – more than 6 Mbps faster than its closest rival. All four of the Dutch operators have passed 35 Mbps in OpenSignal’s 4G download speed measurements, while three have scores of more than 40 Mbps.

T-Mobile continues to dominate the firm’s Netherlands mobile analysis, winning the 4G download, 4G upload, 4G latency and overall speed categories outright, and drawing with other operatorss in two others. And, with its buyout of Tele2 likely to be approved before the end of the year, this dominance looks set to stay.

Peter Boyland: Networks change, but the differentiators stay mostly the same. As 4G becomes more ubiquitous, we’re seeing similar patterns come back around in European telecoms: consolidation and disruption. Consolidation is nothing new, but there is currently a new appetite for M&A in Europe, partly driven by the high cost of 4G network rollout and the anticipated investment in 5G licences. As operators such as T-Mobile Netherlands and Tele2 merge, this opens up opportunities for disruptors who seek to aggressively differentiate on price, with Free’s recent debut in Italy being a prime example of this type of activity.

GM: Are there any specific points within The Netherlands that make it different to other mature, developed markets?

PB: The key point that separates the Netherlands from its closest European neighbours is the highly mature nature of its networks. The country is second only to world leaders such as South Korea and Norway in terms of LTE reach, with all four Dutch operators measuring over 90% 4G availability in OpenSignal’s recent analysis. It could be argued that the relatively flat topography has made this easy to achieve for the operators – but this level of maturity brings its own challenges, not least in terms of operator differentiation.

GM: Did you uncover an experience gap between advertised performance and that actually received by users?

PB: There will always be a level of disparity between operators reported network performance metrics and user measurements. At OpenSignal we collect data every day of the week, at all hours and in all the places people frequent, using no simulations, no predictions and no idealised testing conditions. Our data comes from actual smartphone users and we report users’ actual network experience, whether they are indoors or out, enabling us to report on users’ real-world mobile experience at the largest scale and frequency in the industry.

GM: Why is 5G’s necessary when 4G is providing decent experiences?

PB: There’s no doubt that 5G is coming – but a lot of current consumer use cases remain aspirational at best. For operators, the most specific and current 5G use case is enhanced mobile broadband (eMBB) promising ubiquitous high speed mobile internet, which is vital for use cases such as video. But operators must continue to invest in 4G, as the two technologies will likely run side-by-side for many years – as we’re seeing with 3G and 4G. The smart bet is to focus on the near-term and plan for the long-term – maintaining 4G and 3G networks while simultaneously preparing for 5G.