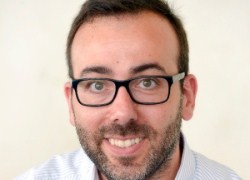 ITsMine, a cybersecurity company focused on protecting organisational data has been named one of the top ten most innovative cybersecurity startups at China’s 2018 ISC Conference.

ITsMine, the only company selected outside of Asia, was recognised for its new approach to data protection, and the first fully automated DLP solution.

ITsMine CEO Kfir Kimhi said, “China’s cybersecurity market is growing very fast – more than 30% in 2017. This growth has led to an increase of investments in R&D by large companies, as well as increased investments in startups. It is a great honor to participate in the largest cyber event in Asia, and to be chosen for this prestigious award.”

Kimhi who delivered the 2018 ISC keynote speech on “insider threats,” warned the audience that their networks are under attack from the inside and explained what red-flags companies should look out for to protect their data.

“Today, companies treat internal and external threats in the same manner, when in fact they are very different,” said ITsMine CEO Kfir Kimhi. “Insider threats cannot be prevented with a defensive approach, and organisations must move to an offensive approach in order to secure their data.”

Tan Xiaosheng, executive chairman of 2018 ISC said, “Data is the new currency. Today, the ten largest enterprises in the world produce nothing other than data, and yet all of this data remains vulnerable. In conjunction with the conference, we selected the top ten most innovative cybersecurity startups, one of which was ITsMine, an Israeli startup, which offers a cutting-edge solution to this major problem of data vulnerability. It’s important to note that ITsMine was the only company outside of Asia selected for this honor.”

ITsMine is a part of the OurCrowd Labs/02, seed stage incubator portfolio, which focuses on cutting-edge technology that will shape the future in innovative areas including AI, deep learning, autonomous transportation and smart cities. ITsMine’s participation in the ISC conference is part of an increasing interest by key Chinese companies in ITsMine’s technology and Israeli cybersecurity companies overall.