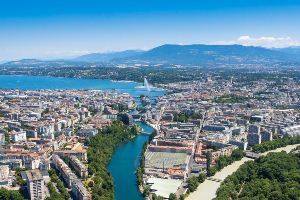 A new report issued today by the Broadband Commission for Sustainable Development shows that a growing number of governments now benchmark the status of broadband in their national broadband plans. This year, the report shows for the first time that at least 15 countries now have strategies in place for promoting the safe use of Artificial Intelligence.

“Broadband infrastructure is vital country infrastructure, as essential as water and electricity networks. The data analysis and policy recommendations contained in the 2018 State of the Broadband report come at a crucial time when Internet access is more important than ever before,” said Mr Houlin Zhao, secretary-general of the International Telecommunication Union (ITU), who serves as co-vice chair of the Commission alongside UNESCO director-general Audrey Azoulay.

While the report demonstrates the value of Internet connectivity in today’s increasingly digital world, it also raises concerns for the growing inequalities in access to broadband and how connectivity is used within and between countries, sexes and regions.

Today, almost half of the world’s people uses the Internet, mostly in urban and densely populated areas. The challenge of connecting people living in rural and remote areas to the Internet persists in many countries. The scale of the infrastructure that must be built or upgraded to bridge the digital divide and deploy emerging technologies is considerable – last year, ITU estimated that connecting the next 1.5 billion people will cost USD 450 billion.

“4 I’s – Infrastructure, Investment, Innovation and Inclusivity, are central to ITU’s strategy to leverage the power of ICTs to expand access to broadband services and help accelerate the achievement of all United Nations Sustainable Development Goals,” Mr Zhao added.

The report provides a global snapshot of broadband network access and affordability, with country-by-country data measuring broadband access against the Broadband Commission’s seven advocacy targets. It also highlights the impact of rapidly evolving communication and information technologies (ICTs), including the implications of emerging trends like the Internet of Things, Big Data and Artificial Intelligence.

Advances in mobile broadband (such as 4G and 5G) and next-generation satellite technologies will mean the delivery of digital services more quickly and reliably, with implications for the future of agriculture, climate, disaster relief, education, health and transportation.

Key highlights of the report include updates on the Broadband Commission’s advocacy targets:

Progress is being made in the establishment by countries of broadband policies, but only incrementally. The total number of countries with a National Broadband Plan (NBP) has seen a net increase of three, from 80% (156 countries) to 81% (159 countries). Also, a number of countries have approved their NBP (e.g. Bolivia, Democratic Republic of Congo, Maldives, Mali and Kuwait), while certain other countries’ NBPs have lapsed.

The report cites low data availability related to digital skills, and shows how global averages for digital skills vary from 5.2% (using a programming language) to 43.7% (transferring files). As such, it identifies the need to define what can be considered a “minimum level of proficiency in digital skills”, and to increase data collection in order to effectively measure advancements.

The report identifies key enablers to bring more businesses and small- and medium-sized businesses online. This includes creating supportive legal and regulatory environments, increasing digital skills and literacy, and reducing costs such as import duties on Telecom/ICT equipment and services.

The report highlights that, as per the most recent data available, the digital gender divide in fact grew from 11% in 2013 to 11.6% in 2016; and that women are, on average, 26% less likely to use mobile Internet than men. The report identifies increasing global efforts to address the digital divide, including the EQUALS Global Partnership, and as such has an optimistic outlook for achieving gender equality in access to broadband by 2025.