Fifa world cup 2018 became the most connected mundial in history 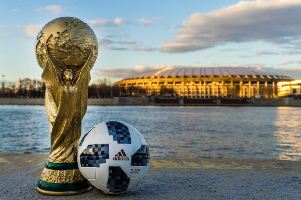 The Fifa world cup 2018 was a phenomenon for Russia that was watched by almost half of the world’s population. It involved 32 national teams, playing at 12 venues in 11 cities, with a total of 64 games.

Technology and security played a crucial role for broadcasters, organisers and visitors who set the record by interacting with Fifa digital services. In total there have been 7.5 billion interactions with official Fifa digital platforms.

As a result the Fifa world cup 2018 visitors have transferred 144 Pbytes of data over mobile network which are equal to 72 trillion photos on Facebook, 11 thousand films in 4K format or 3 thousand copies of the digitised fund of the largest library in Moscow.

With a speed reaching 260 Mbit/s, HD video with full game could be downloaded in 4 minutes. The peak load was reached during Russia-Croatia game which exceeded the traditional New Year peaking load by more than 1.5 times. Interestingly, 50% of European Fifa guests and 85% Latin Americans bought prepaid SIM Moscow mobile operator’s cards and massively used them.

Moscow will also begin permanently testing the 5G pilot zone in early 2019. The pilot zone will be launched by Moscow Government in cooperation with Russian operator Megafon. The operator plans to conduct commercial launch of 5G networks until 2022. There are 4 key industries to be tested with 5G networks: healthcare, transport, construction and housing utilities.

One of the projects to pilot is ultrasound diagnostics to be remotely operated via 5G networks. Another project is launching drones for monitoring construction sites through a high-speed network.

With regards to Wi-Fi, ahead of Fifa Moscow authorities have spent 830 million rubles (app. 13.3 mln USD) on free public Wi-Fi hotspots in a further effort to secure the access to the internet for everyone. In total there was 2,000 new Wi-Fi hotspots added to its existing infrastructure of over 30,000 hotspots.

The Wi-Fi network was also installed at the Fifa venues in Moscow with the average speed 7 Mb/s. It is 3.5 times higher speed than Fifa requires:

Andrey Belozerov, strategy and innovations advisor to CIO of Moscow noted: “In cooperation with mobile operators we have developed sophisticated digital ecosystem providing solid mobile network and extensive Wi-Fi coverage for our visitors.”

“At first we have expected 30-35k visitors at Fifa Fan Fest Sparrow Hills, but during the first day 70k visitors arrived and it exceeded our expectations. We had to scale up our networks to withstand a peaking load. We believe that we have managed to provide an infrastructure for everyone to share this moment with their friends abroad”.

As a result, 70k people enjoyed Wi-Fi coverage and transferred a total of 9.5 TB of data. The top services accessed through Wi-Fi are: Instagram, WhatsApp, VK, YouTube, Facebook. The statistics outlines which countries are represented by users connected to Wi-Fi at the Fifa Fan Fest:

Moscow authorities have also deployed sophisticated CCTV system in order to enhance security for every visitor.

CCTV system connected 4288 cameras situated at Fifa facilities including 9 metro stations in the neighborhood. For instance, Luzhniki stadium and its adjacent areas accommodated 3150 cameras in total, while 521 cameras were installed at Spartak and its surroundings. With regards to Fifa Fan Fest Sparrow Hills – 393 cameras were installed. The video data from CCTV cameras could be stored for 40 days.

Face recognition system identified football hooligans and prevented them from entering Fifa facilities. In total, 98 visitors were banned to enter Fifa facilities as their photo was matched with the database provided by city authorities. As a result CCTV system allowed organisers to profoundly enhance security.