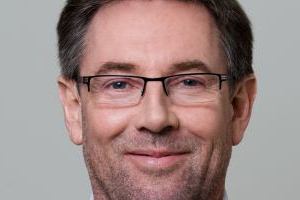 The more well-heeled players in the telecoms industry are in the throes of acquiring 5G spectrum but while almost every operator wants a slice of the next-generation action, the kind of sums the auctions are raising for cash-strapped governments, while larger than predicted, don’t seem to match the hype surrounding the technology, says Peter Dykes.

On the face of it, 5G auctions have been exceeding expectations. Operators in Spain, for example, spent €438 million on appropriate spectrum, with Telefonica, Orange Spain and Vodafone Spain taking the largest chunks of the 200 MHz of 5G-suitable frequencies on offer. The Spanish authorities were doubtless pleased to get more than four times the original asking price for the spectrum.

Similarly, in the UK, the 5G auction earlier this year netted £1.35 billion (€1.51 billion), with O2 coming out as the big winner, ahead of EE, Vodafone and Three. Again, the numbers came out higher than the expected estimate of between £600 million (€670 million) and £1 billion (€1.12 billion), making the British Treasury department very happy.

Good news all round it would seem, but to those long enough in the tooth to remember the 3G auctions, the amounts paid for 5G spectrum will seem paltry. In 2011, the Spanish government picked up a cool €1.6 billion and Her Majesty’s Treasury in the UK became some £22 billion (€24.6 billion) better off as a result of auctioning spectrum.

But why such huge discrepancies between the 3G and 5G sell-offs, even taking inflation into account? Perhaps it’s just the hype currently surrounding 5G that makes it seem such a greater step forward from 4G than that from 2G to 3G and it’s not likely to be as valuable to operators as was 3G spectrum.

More likely is that 5G only seems more important because it enables things such as IoT, smart cities, autonomous vehicles, smart utilities and mHealth, to name but a few. Have the authorities missed a trick here? Surely 5G spectrum is much more valuable than one which we now regard as simply allowing for more efficient voice and relatively basic applications.

One could be forgiven for thinking that there is a positive note in all of this. With spectrum costs going for a song in comparison to previous auctions, it could be argued that the industry is unlikely to suffer the same hardships as it did in the early 2000s in the wake of the 3G auctions. This is particularly good news given that those operators buying 5G spectrum are the very ones in the process of replacing copper backbones with fibre, implementing new technologies and automating network operations, isn’t it?

Not true, says Bengt Nordstom CEO of telecoms consultancy Northstream. He reckons operators still paid too much for 5G spectrum and that auctions aren’t the best ways of doing things. Of the UK auction, he says, “That operators paid higher than expected prices is good for HM Treasury but not so good for consumers, as it leaves the operators with less money to invest in their 5G networks and services.

In today’s market, operators are capex constrained. It would have made more sense for Ofcom (the UK’s communications regulator) to agree a set 5G licence fee with each operator, which would then leave them with more money to invest in their networks.”

If Nordstrom is right, and he usually is, it’s just as well we haven’t seen the return of multi-billion £/€ licences. The obvious conclusion is that the less investment operators feel they can make means fully-commercial, widely-available 5G services may be further away than we first thought.