5G and the IoT in Europe, Asia, and beyond 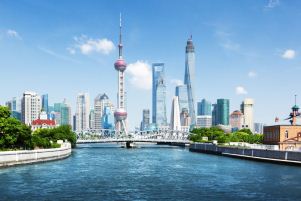 Last month saw two major telecoms and tech events take place in two very different cities, in the space of just two weeks. First came 5G World – part of London Tech Week’s TechXLR8 – which encompassed eight separate events that spanned the main driving forces in the industry, from AR and VR to the IoT, smart transport and DevOps. Many journalists and industry professionals then jumped on an 11-hour flight to cover the 6,000 miles to MWC Shanghai.

Those who visited the trade show will have been amongst the growing number taking advantage of roaming services and enjoying uninterrupted connectivity, says Mikaël Schachne, vice president of mobile data business of Bics. We recently recorded a sharp increase in LTE roaming traffic in the Asia-Pacific region, which is being largely driven by Europe. Furthermore, LTE calls made between countries within Asia-Pacific accounted for almost a third of international LTE traffic in the region.

Both Europe and China have made strides in 5G and IoT development, and whether you were following news and developments at-show or on-screen, it was interesting to note regional differences. Like its Barcelona-based counterpart, MWC Shanghai boasted a number of ‘world firsts,’ with telecoms players keen to demo the results of investment and R&D. China Mobile and Huawei, for example, showed off an impressive hologram video call using the industry’s first VR broadcasting service based on 5G network slicing.

A tradeshow on a far smaller scale, 5G World still commanded some big names. These included BT, which announced its intention to shut down its 3G network in the UK by 2022, from which point on it will use a mixture of 2G, 4G and 5G. 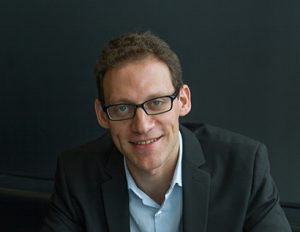 London Mayor Sadiq Khan opened London Tech Week by revealing how he intends to leverage the IoT to make London the world’s smartest city. This encompassed plans for rolling out full fibre connectivity to all new homes, as well as supporting the commission of smart city infrastructure including lamp posts with air quality sensors, publicly-accessible Wi-Fi and electric vehicle charging points.

In addition to the announcements coming out of last month’s shows, we also saw Singtel and Ericsson announce plans to launch a pilot 5G network in Singapore later this year, with the city state’s telco trialling delivery drones and autonomous vehicles over 5G. “5G has the potential to accelerate the digital transformation of industries, as well as empower consumers with innovative applications,” commented Singtel’s CTO. This is true not just in Singapore but the world over, where 5G will drive a multitude of IoT applications.

As last month showed, the momentum surrounding 5G and IoT is undeniable. However, to enable governments, businesses, operators, device manufacturers – and other stakeholders involved – to monetise the IoT, further partnerships and resource sharing are needed. Connected device parts will be (and are being) produced in one country, while entities in a number of others will be responsible for assembly, transportation, security, and the like. Even once they’ve arrived in the country of destination, many of these smart devices will be used (and will require connectivity) in multiple localities.

3GPP has helped to achieve a global 5G standard, so it’s now up to the industry to maintain and generate partnerships (within telecoms and vertical industries, plus governments, trade organisations and so on) to ensure cross-border connectivity, collaboration, and communication, for a global IoT.

The author of this blog is Mikaël Schachne, vice president of mobile data business of Bics