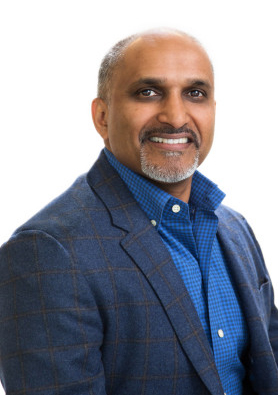 The secondary smartphone market is a huge success story. Mobile operators, device manufacturers and retailers that have implemented buyback processes for pre-owned devices at the point of new device upgrades have enjoyed a wide variety of compelling benefits. Unquestionably the biggest of these benefits is the ability to stimulate new revenue, writes Biju Nair, the president and chief executive of HYLA Mobile.

Renewed smartphones: an ecosystem where mobile operators win
The secondary smartphone market is now a multi-billion dollar industry that continues to go from strength to strength. By operating a device buyback process, mobile operators can unlock the latent value in pre-owned smartphones as opposed to seeing them languish in drawers. This value can be given back to customers in the form of credit towards new devices and accessories. This makes new, increasingly expensive smartphones more affordable to their customers, stimulating upgrade cycles, sale of accessories and driving retention.

The operators, upon collecting these devices can make them available for resale once refurbished to new communities in emerging markets or used to settle insurance or warranty claims in their own market. Or make it easier for their own customers to add a new line. Either way operators stand to drive gross adds, generate significant new revenue or save major cost, depending on the route they choose. Then, there are the environmental benefits of keeping old smartphones out of landfill, another significant gain for operator corporate and social responsibility policies.

So why, despite all these benefits, do European mobile operators trail their US counterparts in initiating device buyback programmes? The vast majority of the value generated by the secondary device market emanates from the US. The major US carriers AT&T, Verizon, US Cellular, T-Mobile and Sprint have all made buyback a major part of their business models, owing to the significant impact they’re having on the cost of device ownership. There has been some growth in Europe, but it isn’t as aggressive as what we’ve seen in the US.

Wall Street driving US innovation
I have my own thoughts that could explain stunted European traction. Much of it is about explaining why US operators do well, rather than why European operators lag in this area. I do believe that the pressure US operators face to achieve year-on-year growth is significant. In a fully penetrated market, this has led to major innovation from the big five US carriers in terms of new business models. This includes the removal and reintroduction of unlimited data plans. The setting and removal of data throttling once various user thresholds had been reached. Adding cars and other connected devices to their portfolio. These changing models reflected a very public battle between US carriers with each of them going to great lengths to deliver the most attractive bundle to US consumers.

They have also innovated in terms of their efforts to reduce their cost basis. Perhaps the most significant change has been the change in their retail distribution models. The major US carriers have invested a lot of money in ensuring they maintain a high-quality presence in major US towns and cities. Large, plush retail stores have been used as an effective means to keep brand value high and a key part of delivering the best possible customer experience. Over time, this has shifted towards an indirect retail model. This has led to the formation of authorised retailers operating on behalf of the US operators. This has seen the number of operator outlets almost double in the US, though without servicing the high cost base of wholly owned stores. The important commonality, regardless of the distribution model, is that they all deploy trade-in and buyback of old mobile devices from subscribers.

Europe must play catch up
US operators have reacted quickly to changing market dynamics. They have been quick to seize new and lucrative opportunities when they have presented themselves. What is also telling, is that major original equipment manufacturers (OEMs) such as Apple, Samsung and Google have also initiated their own buyback programmes. These programmes are set to become the global norm, and many European operators are playing catch up.

The bottom line is that the secondary device market now represents the fastest growing revenue stream for US mobile operators. Given the same competitive climate facing European operators, they simply can’t afford to ignore it and must take steps to scale it up to the levels that US and Canadian operators have.