From MIMO to FD-MIMO to massive MIMO – what’s it all about, Part 2 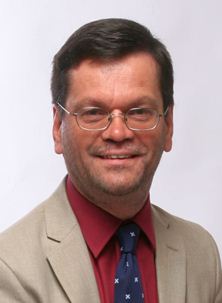 In the second part of his article, Moray Rumney, the lead technologist of Keysight, explains how MIMO has evolved to full dimension MIMO (FD-MIMO).

This was also known as elevation beamforming which gives a clue to what’s new. In previous MIMO incantations, the cellular world was flat, existing on only two-dimensions. Only the azimuth domain was considered in channel models, and base stations (BSs) had antenna systems that did not have elevation control.

With FD-MIMO, the elevation domain is considered by allowing BS antenna configurations that could exploit the elevation domain as well as the old azimuth domain. BS antenna arrays of up to 32 cross-polarised elements are specified which led to the development of 3D spatial channel models. This degree of beam control also resulted in the possibility of simple beamsteering of signals towards specific directions.

Beamsteering is a corner case of the more general MIMO beamforming using channel inversion, and it occurs when the channel is predominantly line of sight and the UEs are spatially separate. If beamsteering is enabled through the availability of sufficient BS antenna elements and a sparse line of sight channel, it has the advantage that precise channel state information is not required, just the direction of the UE, which can be established from simple phased array antenna systems. In contrast, the more complex MIMO beamforming requires full digital control of every element in the antenna array in order to enable null steering to minimize crosstalk between MIMO streams at the UE.

Experiments in lab conditions have shown cell spectral efficiency of 145.6 b/s/Hz using 128 BS elements and 22 users. This is around 50 times the cell efficiency of a SISO system and shows the potential of M-MIMO. However, the massive question is whether the lab conditions that demonstrated the theory are scalable to commercial systems. FD-MIMO is already being deployed and is sometimes called M-MIMO, although that is more for marketing purposes than the vision Thomas Marzetta had when he coined the M-MIMO phrase.

So there we have it. All you ever needed to know about MIMO and were afraid to ask. M-MIMO is primarily a low frequency opportunity whereas beamsteering is more suited to mmWave bands where the channel is sparse and beamforming offers minimal gains over simpler beamsteering. The table below summarizes the main differences between beamsteered and beamformed approaches to exploiting the spatial domain within a cell. Only time will tell how far along the M-MIMO road we will go and whether beamsteering will deliver meaningful gains in the shorter term using less sophisticated BS antenna hardware.