Wi-Fi to be critical enabler of 5G smart cities, sensors and safety use cases 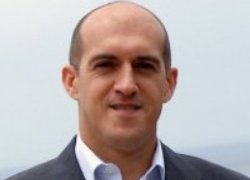 Tiago Rodrigues is the general manager of the Wireless Broadband Alliance. Here he tells VanillaPlus the Wi-Fi is playing an increasingly important role in the development of 5G and will, in fact, be a critical component of the emerging, early 5G use cases.

VanillaPlus: What role will Wi-Fi play in the development of 5G?

Tiago Rodrigues: There is a growing consensus in the industry that 5G will tap into technologies which have been evolving in the unlicensed spectrum world, with Wi-Fi playing a central role. In our Annual Industry Survey, we found that confidence in Wi-Fi investment is at its highest ever level, with 80% of respondents more than or as confident compared to a year ago. This is important as operators continue to search for new ways to increase the flexibility of their networks to support demanding usage patterns as affordably as possible.

Unlicensed spectrum will be an essential element of the effort to reduce the cost of wireless capacity for 5G. Wi-Fi and 5G might not converge entirely, but operators are clear that they want the closest possible coexistence between the technologies. Mixing and matching different spectrums and Radio Access Technologies to support complex use cases is at the heart of 5G.

VP: How will the development of the 802.11ax standard support the 5G movement?

TR: The 802.11ax standard is going to bring much-needed improvements to Wi-Fi performance to support 5G requirements. As the technology operates more efficiently in the 5GHz band, 802.11ax will offer more throughput and will comfortably support the range of use cases that 5G is expected to bring. In dense environments, a combination of unlicensed technologies, coupled with core networks will increase the access to network capacity and benefit users’ wireless experience. The first pre-standard 802.11ax chipsets have appeared from Broadcom, Intel, Qualcomm and Quantenna, which is enabling equipment makers to sample this technology as early as 2018.

VP: What standards need to be agreed upon before 2020 to turn 5G into a reality?

TR: The first 3GPP 5G standards were agreed at the 3GPP TSG RAN meeting in Lisbon in December, which meant that the industry could accelerate the roll out of 5G ahead of the 2020 timeline. The 5G NR Non-Standalone specification was separated from the rest of Release 15 and fast-tracked so that operators would have a chance to deploy standardised 5G at an earlier stage than expected. The 2018 Pyeongchang Olympic Winter Games saw KT (Korea Telecom) deploy the first broad-scale 5G network to give attendees access to gigabit-speed wireless broadband.

The specification is supported by some operators, such as BT and Vodafone, but most operators held out until the full standards were agreed in June 2018. This means that no additional functions will now be allowed to be added to the specification.

VP: There is plenty of discussion around 5G use cases. What do you see as the priority use cases for 5G which rely on a convergent approach with unlicensed technologies?

TR: Based on the WBA’s Annual Industry Survey, Wi-Fi is going to be a key component in three critical 5G use cases: smart cities, industrial IoT sensor networks, and safety and surveillance. While priorities vary between different regions, enhancing mobile broadband is a top concern for operators in all regions to make connectivity more consistent for consumers and enterprise services. This use case can in turn support new user experiences such as those enabled by augmented reality or virtual reality. Other applications and services expected to drive future network and traffic growth include video streaming and connected vehicles.