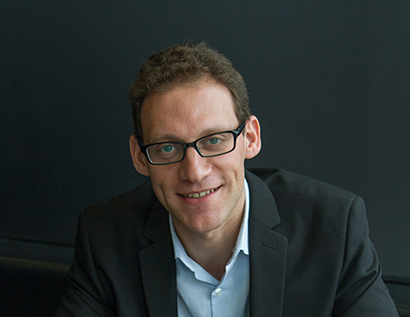 LTE data roaming within the EU radically increased last year, with traffic volumes over the summer up to eight times larger than the same period in 2016, writes Mikaël Schachne, the vice president of the mobile data business at BICS. The trigger? Roam like at home (RLAH).

Everyone has their opinion on the EU, but everyone should agree on the impact the European Commission’s 15 June ruling has had on the industry. It awakened silent roamers, propelled a telecoms issue into the sphere of public consciousness, and has done wonders for subscriber/operator relations: no more bill shock.

Roam like at home – and more
Subsequent decisions – one pending – may not have received the same media and public attention, but they will nevertheless help to further mobile usage, as awareness among subscribers grows. The first of these decisions was announced in April and relates to content portability. The regulation enables subscribers to access digital content – music, films, TV shows and other content – via accounts they hold at home with over-the-top (OTT) providers, wherever they are within the EU.

This is great news for content providers, which can now attract potential customers with the promise of ‘access anywhere’ services. In fact, for almost 60% of young Europeans (15-24 year olds) being able to travel with their content is an important factor in taking up a subscription. This is also great news for operators, as it incentivises mobile usage, and, as with RLAH, enhances the customer experience.

The second – provisional – agreement will see a cap on the cost of texts and calls between EU countries. Part of a wider agreement to accelerate 5G development across Europe, the measures are expected to be finalised in October this year. 5G may not necessarily be on the radar of many consumers, but if ratified this ruling will help move the EU a step closer to seamless, borderless connectivity, and could prompt other regions to follow suit, bringing us one step closer to global connectivity.

Data and personalisation to unlock revenue
However, a number of hurdles remain. While the EU has taken the bold step of cutting consumer costs for data roaming, these remain extremely high for subscribers travelling to other destinations. This situation is untenable, and is incompatible with today’s mobile usage patterns, which have seen a decline in the use of voice and SMS services in favour of OTT messaging services and the use of data-heavy applications. There’s a growing expectation among subscribers to be able to use their devices in the same way as they do at home, wherever they are in the world.

It’s unlikely that policymakers in other destinations will mimic the EU’s RLAH policy any time soon. In the meantime then, it’s up to operators to adapt their services to capitalise on worldwide roaming whilst not outpricing and alienating subscribers – many of whom may be EU nationals who’ve grown accustomed to RLAH.

The key here is subscriber data. This is already sitting in operators’ systems; what’s needed are the data analytics tools that will offer operators an insight into customer preferences and usage patterns. In addition, operators must have visibility into subscribers’ real-time data usage.

Roaming may be expensive outside of the EU, but by analysing and using subscriber data intelligently, operators can stimulate roaming by addressing the specific demands of customers and meet their needs with innovative products and pricing. So, a subscriber that regularly uses his or her smartphone to watch Netflix at home could be offered access to preferred programmes while abroad at a reduced rate. In addition to generating up-front revenues for the operator, this bundle will move the subscriber away from Wi-Fi, and so also stimulate further data usage. Or, if a subscriber has never used their phone outside of their home country – and is a ‘silent roamer’ – the operator could offer a transparent, low-cost pricing plan which gives the subscriber control to set daily usage caps and receive real-time data usage alerts and notifications.

The Brexit effect
Finally, Europe may be one year on from RLAH, but Britain seems no closer to a solid agreement on exiting the EU. So, while subscribers in the EU have content portability and low-cost roaming, calls and SMS to look forward to, many British consumers can only look ahead with uncertainty. The UK has confirmed it will leave the Digital Single Market, which could have ramifications for RLAH. Re-imposing roaming charges would be harmful to operator/subscriber relations, whilst those operators who choose not to backtrack would quickly poach a large proportion of the subscriber market, with phone users likely to switch contracts.

Whether Brexit does have an affect on RLAH for UK subscribers, and whether RLAH itself has an impact of policymakers on other regions, is yet to be seen. Operators need to collaborate with wholesalers and regulators to ensure a great QoS for end-users wherever they are, to help protect telecoms’ revenues, and work towards seamless, global connectivity.