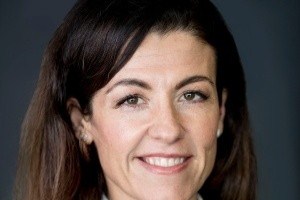 The solution was deployed following a successful two-month trial with BICS, an international communications enabler, and marks the latest expansion of the long-term partnership between BICS and Ooredoo Global Services.

The lack of an effective, universally-used fraud intelligence platform, coupled with insufficient sharing of knowledge and resources, has allowed fraudsters to move from one operator to the next, employing multiple means of attack. Service providers must continue to defend against schemes targeting international traffic, including International Revenue Share Fraud powered by Wangiri, subscription fraud, PBX/iPBX hacking, malware and roaming fraud.

Ooredoo Global Services’ adoption of BICS’ FraudGuard adds another name to the significant roster of platform users and marks a further step in the collective fight against fraud; a criminal sector which last year cost operators over €28 billion in lost revenue.

The database underlying FraudGuard consists of crowdsourced details of suspicious network activity across BICS’ global base of 1,200+ customers. As a result, FraudGuard is able to recognise and pre-emptively block activity to known fraud numbers – identified from a list of over 50 million that have been previously linked to criminal activity.

This proactive approach reduces the time and cost required to react to fraud attempts, protecting operators’ networks, subscribers, and reputation. Since its launch in 2013, FraudGuard has blocked over 600 million fraudulent call attempts and saved around €2 billion in wholesale exposure for its customers.

“We’re very pleased to be expanding our relationship with Ooredoo Group through this new collaboration with Ooredoo Global Services,” said Katia Gonzalez, head of Fraud Prevention, BICS. “FraudGuard is powered by operator collaboration and knowledge-sharing of suspect network activity, so with its significant subscriber base creating huge volumes of traffic, Ooredoo Group is a brilliant top tier addition to the collective of players working to combat a major threat to their businesses.”

Mr. Khalid Al Mansouri, COO, Ooredoo Global Services, said: “As part of our commitment to enhance our customers’ digital lives and enable them to enjoy the Internet even more, we have joined forces with BICS, a leading communications enabler that will support us in making our customers’ mobile experiences more reliable and highly secure. Adopting BICS’ proactive FraudGuard solution will allow us to strengthen our existing fraud management solutions and support us in our efforts to overcome the challenges caused by telecoms fraud.”