5G preparation paves the way for next gen wireless 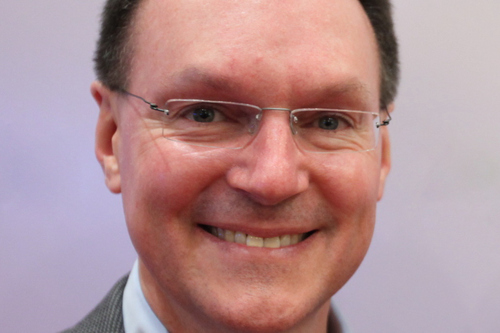 It feels like only yesterday that the power of 4G was unleashed on the world, offering speeds of up to 100 megabits per second and surpassing the performance of many wired networks, writes Lindsay Notwell, the senior vice president of 5G strategy and global carrier operations at Cradlepoint.

However, in reality it’s been eight years since its first introduction in 2010. Since then, the wireless industry has been working tirelessly on the fifth generation of wireless communications (5G). With the first commercial iterations of 5G now gradually starting to appear, we’re on the verge of the next revolution and all the benefits it will bring.

The arrival of 4G marked the turning point for many data heavy technologies such as music streaming and video conferencing, which rely on a fast, stable connection to prevent stuttering and constant buffering. Now, the launch of 5G is expected to have a similarly significant impact. Offering speeds up to 10 times faster than 4G and network latency in the single digit milliseconds, it’s expected to unlock the true potential of a swathe of fledgling technologies including virtual reality, remote-controlled robotics, telemedicine and autonomous cars.

Just how close is this 5G revolution? Earlier this month in the UK, BT chief executive Gavin Patterson said the company is planning to have commercial 5G products launching within the next 18 months. In Germany, Deutsche Telekom has just activated a 5G New Radio (NR) Cluster in downtown Berlin, where it will use the test bed to see how next generation networks perform in real-life situations, ahead of a proposed commercial launch in 2020. Meanwhile, AT&T is preparing for 5G deployments in 12 US markets later this year, with initial tests showing potential speeds of over one gigabit per second.

With 5G expected to arrive in the US less than six months from now and Europe just a short while later, here are some of the key points to know about 5G and the impact it could have on wireless communications around the world:

5G will complement, not usurp 4G
When 4G arrived in 2010, it was designed to replace both 3G and 2G. However, that’s not the case with 5G, which is designed to work hand in hand with 4G, rather than usurp it. This means the majority of carriers will be able to use a combination of both 4G and 5G throughout their networks to give customers the best possible service at all times. The most likely scenario is the use of 4G as a baseline national network, with super-fast 5G speeds offered in more built up areas. An alternative scenario is the broad deployment of 5G alongside 4G, with carriers gradually migrating customers over time as 5G capacity increases.

It’s also worth noting that the arrival of 5G doesn’t mean investment in 4G will come to an immediate halt. The older standard continues to evolve and improve for the foreseeable future, making its integration with 5G even easier and more consistent from both a carrier and customer perspective.

5G will help the Internet of Things reach its true potential
The arrival of 5G will accelerate the development and adoption of many fledgling technologies, but perhaps the most significant of all is the Internet of Things (IoT). With mobile wireless connectivity at the heart of the IoT, 5G represents the ideal way to bring people and data together, regardless of where they are or what they are doing. 5G will help the IoT to reach its fullest potential by transporting intelligence, processing power and communication capabilities across networks, mobile devices and connected sensors more efficiently than ever before.

Full transition to 5G will take time
Despite the increasing volume of discussion about 5G from network operators and providers, it’s worth noting that a full industry transition and consumer rollout will take some time to complete. While the final specification for 5G is expected mid-year, ongoing 5G end-user trials still only represent a temporary framework with a number of restrictions and no current interoperability between network operators.

With these initial launches, mobility will also be limited by the absence of mobile-site handoffs — the process of changing the channel associated with the current connection while a call is in progress — meaning the initial framework will only provide fixed wireless access. As a result, consumers should expect to see a gradual rollout over time, starting with fixed locations before mobility is added in 2019.

5G will require a new network approach
5G is an exciting technology that’s widely expected to deliver on its promise of unrivalled wireless speed and consistency. However, in order to handle its massive throughput capabilities and scalability, it will be critical for enterprises to utilise software-defined networks (SDN) rather than the more traditional hardware-centric virtual private network (VPN) concentrator approach.

SDN enables new functionality on software rather than a hardware-constrained architecture, making networks much more agile and efficient. With the world predicted to contain more than 50 billion connected devices by 2020 – all collecting and transmitting data using 4G and 5G – SDN is the only viable way to keep networks up and running. Many forward-thinking organisations have already been extensively testing and deploying SDN as a means to lower costs and increase bandwidth across their corporate networks.

To put all of this into perspective, a recent EU report states that 5G is expected to produce up to 100 times more data and up to 1,000 times higher traffic volumes over the next couple of years than current levels. The report also estimates that in an extreme scenario, each user could be consuming as much as six terabytes of data per month, a staggering increase on current trends.

The 5G revolution has started. The full transition will take time, but once in place it will offer wireless speeds far in excess of what we’re currently used to with 4G. By all accounts, it won’t be a moment too soon, as our hunger for data and mobile content anywhere, anytime continues to grow at an exponential rate. For operators and providers, 5G has the potential to completely change the game, but in order to maximise this, they will need to get smart and adopt new networking approaches such as SDN, or risk failing to capitalise on what it has to offer.