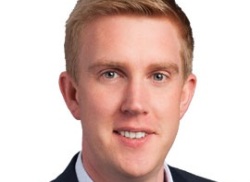 The Catalyst projects, which comprise proof-of-concept demonstrations built in collaboration by groups of TM Forum member companies, used assets from ONAP, MEF and the TM Forum’s Open API program to demonstrate the business value that cooperation can bring.

TM Forum Open APIs carrying MEF defined payloads provide the northbound interfaces in the ONAP Beijing Release, allowing for orders to be placed and fulfilled as well as QoS to be monitored.  Development of the APIs, and changes necessary to accommodate various use cases, was done in parallel between The Linux Foundation, MEF and the TM Forum. All groups openly co-operated via their mutual members.

During their development, the Catalysts provided early implementation feedback to the ONAP project and MEF, improving the overall quality of their respective deliverables. During preparation for the Digital Transformation World event, the Catalyst projects generated and resolved a number of issues and change requests for ONAP in time for the Beijing Release.

By collaborating closely with ONAP and MEF, TM Forum aims to ensure that its Open APIs provide a single standard for the whole industry.

The 5G intelligent service planning and optimisation Catalyst, (championed by AT&T, BT, NTT, Orange and TIM, and supported by Aria Networks, Ericsson, MYCOM-OSI, and Wipro) demonstrated how a 5G network can be dynamically planned, optimised, integrated and assured, also using the Tour de France scenario. It showed dynamic service creation and planning along with reactive and proactive closed loop automation in conjunction with AI to provide an optimised and personalised customer experience.

It showed how services can be ordered through a portal and then automatically activated across hybrid networks made up of virtualised and physical components, allowing CSPs to build automated, model-driven digital ecosystems. Specifically, the project showed how to implement LSO across multiple operational network domains using an architecture based on a Hybrid Infrastructure Platform defined by TM Forum’s Zero-touch Orchestration Operations and Management project, with self-service ordering and an “offer canvas” experience.

The project demonstrated the means to rapidly design and deploy services and products in a consistent fashion in the core or at the edge (Mobile Edge Computing) by making use of standard modelling languages and interfaces. The project also addressed wholesale billing for cloud services and automated assurance, proposing new ways to standardise policy and SLA management using a pre-defined model. 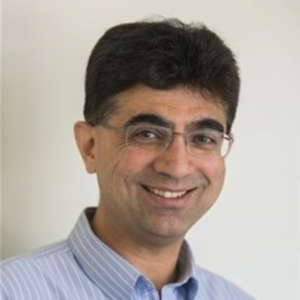 “These ground-breaking Catalyst projects demonstrate just how important and powerful collaboration is to success in today’s market,” said Nik Willetts, CEO of TM Forum. “By bringing together industry-leading service and solution providers, open source and open standards groups with a commitment and passion to drive real change, we are unlocking the power of open innovation for our industry.”

“We are well on the way to achieving our goal of harmonising open source and open standards to accelerate deployment and adoption of future network architectures,” said Arpit Joshipura, general manager, Networking, The Linux Foundation.

“Our progress has been rapid since announcing our partnership with TM Forum back in March. We have seen the inclusion of TM Forum Open APIs in the ONAP Beijing Release, and beyond, as well as the practical implementations showcased in TM Forum’s Catalyst projects.”

“ONAP was designed from the ground up to enable rapid deployment and orchestration of new network services, and it’s great to be a part of these TM Forum Catalyst projects showcasing those capabilities,” said Chris Rice, LF Networking board chairman and senior vice president of Domain 2.0 Architecture and Design at AT&T.

“The combination of open source software and open standards create agile, flexible platforms for service providers to use. With this approach, open standards can be developed quickly based on real-world requirements, and open source code can be used to ensure interoperability of those standards. This is an example of two organisations, each best-in-class, coming together to benefit the entire industry.”