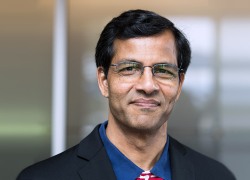 With this new version of vCloud NFV-OpenStack Edition, which will include VMware Integrated OpenStack-Carrier Edition 5.0, VMware will be able to deliver breakthrough improvements in network performance, new carrier-grade networking capabilities, and intent-based service assurance to help improve the total economics of software-defined, open standards-based 5G and multi-cloud telco networks.

“VMware’s NFV solution is deployed in more than 50 CSPs globally supporting a wide variety of use cases and more than 300 million mobile subscribers. And with the imminent arrival of 5G, a new approach to the telco network and cloud is required to solve for the hyper distribution of virtual network functions, applications and data,” said Shekar Ayyar, executive vice president and general manager, Telco NFV Group, VMware.

“With VMware vCloud NFV-OpenStack 3.0, service providers will be able to build software-defined, programmable, highly-distributed Telco Distributed Clouds based on open standards to deliver new advanced services to consumers, and quality-of-service-based network slices to serve the application needs for a wide variety of industries.”

VMware vCloud NFV enables CSPs to create an end-to-end software-based network architecture to deliver consistent, pervasive connectivity and intrinsic security to applications and virtual network functions wherever they are located, at global scale from core to cloud to edge, and independent of underlying physical infrastructure or location.

“It’s important that operators gain the benefits of a carrier-grade and scalable NFVI without sacrificing support for open industry standards and the ability to execute virtual network functions from multiple vendors. As operators begin to scale commercial NFV deployments, they will need robust platform features and the potential in future to run the same NFVI in multiple clouds.”

Key advances in vCloud NFV-OpenStack 3.0 will include:

“Service providers are being pressed to deliver new and differentiated services faster, in an on-demand model, and maintain a high quality of experience for the user,” said Sandra Rivera, senior vice president and general manager, Network Platforms Group, Intel.

“This requires a new architecture for network functions virtualisation, while creating a delivery method that will support an all-IP infrastructure. To that end, VMware, in collaboration with Intel, is bringing DPDK network acceleration to VMware vCloud NFV-OpenStack 3.0, to deliver the packet processing performance and throughput required by communications service providers to meet these new demands.”

VMware is a platinum and founding member of the Open Network Automation Platform (ONAP) project, and leads the ONAP Multi-Cloud project. VMware vCloud NFV-OpenStack is fully compliant and integrated with the ONAP Beijing release. VMware is a key contributor and participant in the Technical Steering Committee for Open Source MANO (OSM). VMware vCloud NFV-OpenStack supports integration with OSM release 4. 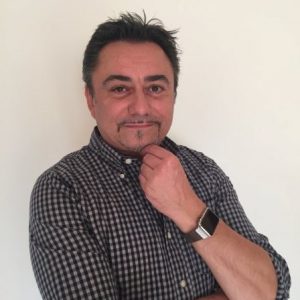 “As resources become more distributed in the 5G/IoT era, telecom networks will demand greater performance from the software-defined networking infrastructure across core, cloud and edge environments. We verified the latest NSX managed virtual distributed switch and confirmed that it gained competitive performance on short packets. We are looking forward to this technology and further collaboration with VMware.”

“As discussed in a new white paper that Telia Company has developed together with VMware: there are various considerations we need to make when evolving from the current infrastructure, operations and management models as communication service providers embark on the journey to 5G modernisation.

CSPs require a transition to a cloud-centric and fully automated infrastructure and on-demand service delivery models that are agile, automated, open, and secure in a move to what we call a Virtual Cloud Network,” said Mauro Costa, director, Network and Infra, Telia Company.

“Telia has already come a long way setting detailed requirements and we consider VMware vCloud NFV 3.0 with integrated OpenStack a step in the right direction to help us accelerate our journey towards 5G even further. We look forward to the continued advancements in performance, operations, and total economics.”