We’re laying the groundwork for IoT in the enterprise 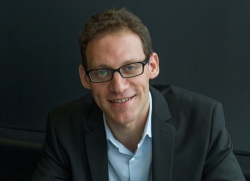 It has been suggested that there will be more than 20 billion connected devices in use by 2020. However, according to The Economist Intelligence Unit IoT Business Index 2017, business Internet of Things (IoT) adoption is slower than expected.

In a bid to explore what’s holding back the evolution of IoT strategies, says Mikaël Schachne, VP Mobility & IoT Business, BICS, I recently joined a panel of my industry peers for a webinar in which we discussed the current maturity of IoT in the enterprise, and how it could be made more accessible to businesses across all verticals.

Fundamentally, it was agreed that the predictions of billions of devices underestimated just how complicated it is for an organisation to actually introduce IoT technology.

While the IoT is definitely heading in the right direction – it’s gaining traction, and it’s generating results – it’s being held back partly due to a lack of awareness of what it actually entails.

It’s not simply a case of flicking a switch and connecting a large number of devices all at once, for example. Rather, it requires businesses to adapt their existing models and services for a new, connected environment by identifying the right use cases for the technology, and qualifying the value it will bring to the end-user. Adding connectivity to devices won’t, in itself, make a business successful. It’s important to show the end-user how adding that layer of connectivity will improve their everyday life.

What’s required is an education process. Indeed, many people – end-users and enterprises alike – aren’t 100% sure what the IoT involves. The construction of end-to-end IoT solutions tends to involve a number of different organisations, for example, so the average user can find them a little too complex; they might not have all the information they need to hand, and if they don’t, then they might not know where to go for that information. And it’s not necessarily obvious how, by connecting a lot of its assets, a business will be able to reduce its costs or create new revenue opportunities.

The IoT is far from a simple technology. It involves the connection of different types of systems across different types of industries. These are, in effect, internets of systems, each of which has its own dynamics, and each of which brings with it its own industry- and domain-specific challenges, not to mention issues around inter-operability. As an industry it is therefore up to us to act as trusted advisors, helping our customers address these challenges, sort through all the different choices available, and map them to the right business processes.

will know the use cases for which their devices require connectivity, however, although they can often face a hurdle in terms of coverage and making sure that their device will work in any part of the world. If they’ve been working with one mobile operator in one part of the world for a specific device or application, for example, scaling this up will be problematic, requiring them to replicate that work with every mobile operator in every other country.

Mixing up various networks around the world with the aim of achieving global connectivity will lead to issues around security. As each of those networks will have a different security environment, a third party will be required in the middle with a secure transport layer that won’t be corrupted, in order to carry the information from each network back to the applications of each specific enterprise.

What’s more, connecting so many devices can also be prohibitively expensive. Although, as costs start to come down the opportunities for new forms of connectivity will increase.

Predictions around the number of connected devices may have been a little optimistic. But with the cost of connectivity, sensors, storage and processing steadily declining, we’re approaching a tipping point from where we’ll start to see big changes in the IoT ecosystem happening a lot faster than we may have previously expected.

The time will soon come when we’ll look back on the last few – modestly disappointing – years and realise that we were just laying the groundwork for some seriously significant developments.

The author of this blog is Mikaël Schachne, VP Mobility & IoT Business, BICS