5G is a garden with forking paths 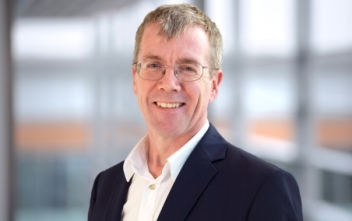 Everything used to be so straightforward. Customers couldn’t get enough mobile service – first voice, then data – and 3GPP brought vendors and operators together on a single path to delivering more of it, writes Dr. Nick Johnson, the chief technology officer of ip.access. Ubiquitous coverage with infinite capacity was a reasonable expectation. The ITU did its bit with a handy bite-sized definition for 4G. There was a target we could all aim for. We all did. And we all pretty much hit it.

So what’s the problem with 5G?
The truth is, there’s nothing wrong with 5G except our expectations of it. Such a simple label looks like it promises “one more of whatever 4G offered”. This rule was true of previous generations: 2G offered voice, messaging and a bit of data; 3G offered more of that; LTE offered much more of it and more cheaply. So 5G will offer more voice, messaging and data than 4G, even more cheaply, right?

In reality though, the fact is that we’re no longer on a single path. In developed markets, everyone who wants a phone has one. There’s also evidence that the exponential growth in data that has driven previous generational shifts is slowing. The huge revenues associated with cellular are now flat or falling. The industry has been in the process of consolidation and cost reduction for some time.

Winter is coming
Paradoxically, in the face of such an apparently bleak demand outlook, the 5G innovators now offer us an unprecedented choice of futures. New spectrum, new ways of accessing it, new services, new devices. Where 4G gave us a simple vision of more of what we wanted, and better, 5G offers a multitude of forks in the road and a more complicated vision of things we don’t know if we need yet or not.

For the consumer
Looking at the consumer fork, the proposition is simple. We need to deliver more data with lower latency over a wider area. Oh, and more cheaply. And yet the 5G solution for this problem – if it even is a problem – is a completely new generation of radios – two radios, in fact. One carries the signalling, using normal cellphone frequencies. The other carries all the extra data, based in the millimetre waveband, a factor of ten or more higher in frequency than normal cellphone signals. They will also transmit and receive over many more ports compared to existing radios. Using a technique called Multiple Input, Multiple Output (MIMO) signals are sent over possibly 64 separate radio transceivers to increase capacity and reliability.

There’s no doubt this will improve performance in some cases, but will we as consumers be ready to pay out for these new phones and infrastructure, or will we be happy to use 4G for a few more years yet?

The Internet of Things (IoT) has a 5G version, obviously, which has all the desirable properties of 4G-IoT in terms of range and battery life, but with greater capacity. Such a capability is not of much use to people as such, but indirectly. Automated traffic management, infrastructure monitoring and so one will become more manageable at lower cost, to the benefit of us all.

We also talk of network slicing as a way of managing network services through a kind of virtualised network, where each user and each service sees what it thinks is a whole network, but is in reality a slice of one. Such a model ushers in a new player in the service provider space – someone who manages the spectrum on behalf of the ultimate service provider – the Neutral Host. The Neutral Host is the obvious service provider for the mid-sized enterprise who needs coverage from all the operators but is too small to demand it.

Or the operator?
And yet, for all these complexities and uncertainties, 5G will be a success, though not in the evolutionary way 4G successfully supplanted 3G. The mobile network operators (MNOs) today rely on a huge cash flow almost exclusively from ordinary consumers. This has grown as far as it will grow, and will actually erode over time, as competition and consolidation drive down costs. The consumer fork of 5G may have a role, but I think it is much more likely that 4G/LTE will service this ever-more-gently increasing capacity quite happily, given new spectrum availability.

The real revenue growth and demand for 5G services will come from the B2B fork, and it will likely not be served by the current crop of consumer oriented MNOs, at least, not in their present form.

The evidence is that most mainstream businesses cannot afford to rely on the cellular service provided by operators, nor are they happy with the unlicensed spectrum alternative. Today, they are forced towards high-cost unlicensed solutions. Unlicensed because that’s the only spectrum available, and high-cost, because they must be over-engineered to compensate for the unreliability of the spectrum.

So businesses are increasingly turning to creating their own private networks for a solution to their specific problems. In future, services leveraging an Internet ofThings technology could also similarly be delivered by an over the top (OTT) service provider, since consumers are unlikely to rely on one single access technology to provide the coverage they require. 5G technology may be deployed wide-area by operators as networks grow beyond the scale that LTE networks can provide today. But more likely 4G-IoT will be deployed privately to support short-range campus or manufacturing plant scale operations.

5G, almost coincidentally, will arrive just as new spectrum licensing regimes start to take hold around the world, encouraging reliable, high-performance private cellular networks to flourish. We are already seeing 3.5GHz spectrum licensed-by-rule in the US in the OnGo/CBRS initiative. 3.5GHz, not coincidentally, is earmarked around the rest of the world as a “5G Pioneer Band”. The World Radio Conference, which meets next year at WRC-19, will allocate several mmWave bands for 5G use, following which national regulators will license them in many ways – some traditional exclusive access, others shared access, sliced networks for private enterprise use.

5G, for all its complexity, for all the diversity of its forking paths, for all the science fiction of its applications, is a garden sown with many seeds. We see the spring shoots breaking surface today. In contrast to the monoculture of years past, the 5G summer will bring a rich and diverse crop, each with its own value.