5G challenges are not all about wireless networks 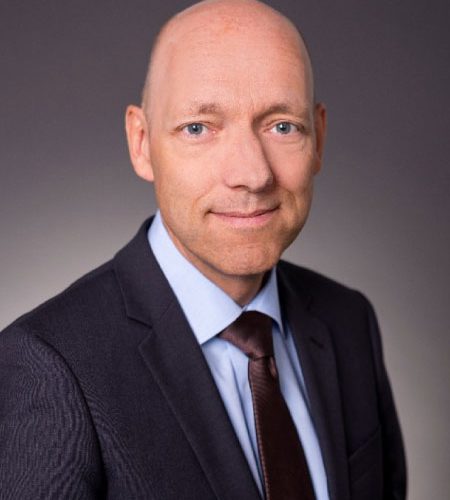 The imminent rollout of 5G mobile networks has major implications for the supporting backhaul infrastructure which need to be addressed sooner rather than later, writes Stephan Wanke, the vice president of Professional Services at Colt Technology Services

Mobile operators are busy getting ready for the rollout of 5G but, unlike previous upgrades, the focus is no longer on merely improving mobile coverage or reducing download times for YouTube and Spotify enthusiasts. This time it’s about building a robust, fast and secure mobile network better equipped to meet the needs of next generation technologies such as the Internet of Things (IoT), driverless cars and artificial intelligence (AI). A goal that, in turn, will put new pressures on the supporting infrastructure and which will have to be addressed pretty quickly if the reality of 5G is to live up to the hype.

5G, good and bad
Over the air speeds, of course, still matter and, as with previous upgrades, 5G will both boost mobile bandwidth and deliver lower latency, with the aim of matching the gigabit performance levels possible with a wired network. Good news, then, for individual users, but bad in that this will put pressure on the backhaul network simply because nearly all that mobile traffic will, at some point, need to be transmitted somewhere over wires or fibre.

Coping with this rise isn’t hugely difficult but increased consumer use is far from the only issue giving network providers sleepless nights. A much bigger concern is a predicted exponential rise in the number of IoT devices taking advantage of the improved 5G network with everything from CCTV cameras, alarm systems and cars to vending machines, weather sensors and fitness trackers queuing up to jump on the 5G bandwagon.

Individually these will generate very little traffic but, collectively, the demand will be massive and that’s not the only problem. Range limitations imposed by the radio frequencies involved will require a higher cell density to resolve and a lot more antennae, with operators already looking for radical new ways of meeting that need such as building antennae into lampposts and road signs, for example. Added to which each cell will need to be supported by fibre connectivity due to the higher bandwidth requirements of all these extra endpoints. However, investment in fibre density just hasn’t been keeping pace, even in cities and metropolitan areas and a lot less elsewhere.

Feeding AI
Another complication with IoT and AI is that once data has been transmitted from the various endpoints to the antenna or base station, it needs to be backhauled to an aggregation point where it can be stored and manipulated, typically, in a data centre or using a cloud-based service. That backhaul network will, similarly, need to be able to cope with the extra traffic which will be bursty and unpredictable calling for intelligent load balancing based on real-time analytics rather than over-provisioning based around estimates and guesswork.

And lastly, a lot of the expected traffic will be latency sensitive and highly critical in nature, such as that from driverless cars for example, where it’s possible that some of the required AI processing well be done at the back end. Any delays in connectivity between this AI brain and the vehicles being controlled could be catastrophic, adding further to the need for not just fast mobile connectivity but a resilient, reliable and low latency backhaul network able to handle real-time traffic between the antennae and the data centre.

The 5G transformation
The bottom line here is that what network operators are promising with 5G is a transformation of the mobile network from a useful communication tool to a critical resource of potentially national/global importance. A resource that requires considerable investment in, not just new antennae and base stations, but the supporting backhaul network if it is to deliver the availability, performance security, and compliance this transformation requires.

To meet that need mobile operators will have to invest significantly in high speed fibre networks, which some are doing but not enough to meet the needs of the imminent 5G rollout. The potentially more cost effective alternative for them is to work more closely with specialist backhaul providers like Colt Technology Services, who have both the capacity and expertise to deliver the required infrastructure ready to go. In our case, we have significant fibre density and reach across 51 Metro Area Networks globally, including the UK – it’s almost as if we’ve spent the last few years getting our network ready for 5G.

Additional help from the legislators to make fibre easier and less expensive to install would also help, especially in the UK, as would greater cooperation between providers. Some of this is happening, but more work is required. Consumers, meanwhile, need to understand that there’s more to 5G than faster streaming of YouTube videos and be patient if it takes a little longer to arrive than they might like.