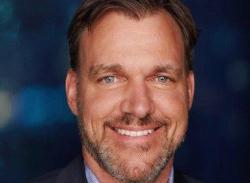 For the first time ever organisations can build a high performance 25G, 50G and 100G hyperscale Ethernet network, like those used by the Super 7 – the seven largest technology firms. With Mellanox networking solutions it is now possible to achieve Hyperscale capabilities without a Hyperscale budget or resources, using industry standard hardware and commercial and open-source software.

The five key elements of the ‘Mellanox Hyper-scalable Enterprise Framework’ are:

“With the advent of open platforms and open networking it is now possible for even modestly sized organisations to build data centres like the hyperscalers do.” said Kevin Deierling, vice president of marketing at Mellanox Technologies.

“We are confident and excited to release the Mellanox Hyper-scalable Enterprise Framework to the industry – and to provide an open, intelligent, high performance, accelerated and fully converged network to enable enterprise and private cloud architects to build a world class data centre.”

“Hyperscale data centres have been the early adopters driving the deployment of 25G, 50G, and 100G networks, helping Mellanox become the market-share leader for these high performance adapters,” said Seamus Crehan, president of Crehan Research. “The market is now maturing with traditional enterprise and server OEM customers driving a significant uptick in the high performance market. Mellanox is well positioned to capitalise on the expansion from hyperscale to enterprise and private cloud data centres.”

The Mellanox Hyper-scalable Enterprise Framework is already gaining traction with software partners, enterprises, and cloud service providers across the globe. As announced at the OpenStack Summit in Vancouver, the Mellanox end-to-end networking suite is fully integrated with Cloud solutions such as the Red Hat Open Stack Platform, and delivers advanced acceleration features combined with ease of deployment and management.

This integrated platform offers best in class accelerators for RoCE (RDMA over Converged Ethernet ) and ASAP2 (Accelerated Switching and Packet Processing) and line rate DPDK performance of 148 million packets per second in a cloud environment. This enables enterprise and private cloud architects to achieve the fastest data speeds across their cloud platform, and deliver advanced network virtualisation, efficiency and scalability.”

To enable customers to quickly explore the benefits of the 25G/100G hyper-scalable enterprise platform, Mellanox is offering an Ethernet end to end connectivity bundle that includes: