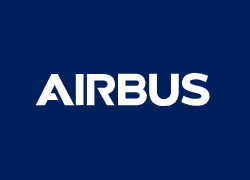 The research and technology project FUSE-IT, conducted by 18 partners from France, Belgium, Portugal and Turkey and led by Airbus CyberSecurity, has received the 2018 ITEA Award of Excellence on Innovation.

ITEA is a European cluster for software innovation and is part of the EUREKA programme, an intergovernmental network for Research & Development & Innovation (R&D&I) co-operation, involving over 40 countries globally. ITEA presented its annual Awards of Excellence in the frame of the EUREKA Innovation Days 2018 taking place in Helsinki, Finland.

Between 2014 and the end of 2017, the partners conducted research on FUSE-IT. In the context of Smart Critical Cities, its main objective was to find new ways to have not only efficient and safe, but also secure, sustainable and user-friendly Building Management Systems.

Airbus CyberSecurity and its partners have developed the so-called Smart Secured Building System that links four typically independent building management modules such as energy, facilities, ICT and security. The technology obtained offers a unified user interface for building management and security supervision, with smart sensors, networks and anomaly detection technology. The system has been successfully tested in the Centro Hospital São João (CHSJ), Portugal, one of the FUSE-IT partners.

As a key element of the building management system, a patented authentication mechanism for IoT (Internet of Things) was developed, allowing dynamic smart sensors to be deployed securely in a wireless network. This technology is being brought to the market as a slim software package from Airbus.

“Airbus CyberSecurity strives to be at the leading edge of innovation in fields which combine safety and security. Award-winning projects such as FUSE-IT show that we are moving along in the right direction,” said Steve Rymell, head of Technology at Airbus CyberSecurity.