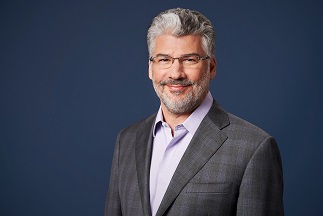 As a teenager, I worked at a car-wash in Pennsylvania where I grew up. During this time, I learned two fundamental things: first, I wanted to go to college. And second, getting your foot run over in the middle of winter is really painful!

From a career standpoint, I started at the OS group of Sun Microsystems in 1985. At the time, the company had a headcount of less than 1000 people, and the software group was only 22 strong. New engineers always get stuck with the worst jobs – I had the dreaded task of fixing bugs in the device drivers. I persevered, however, and climbed the career ladder making it to director, where I found myself running a group of about 300 engineers by the time I left in 1993.

What led you into a career in telecoms?

Doesn’t everyone end up in telecom by accident? In 1993, I left Sun and started Portal Software to build a modern billing platform for the internet. As the internet bubble expanded, a lot of our early customers got swallowed up by telecoms providers.

The Telco’s realised that what we had built was applicable across their service portfolios, especially in the mobile and emerging mobile broadband space. So we became the modern BSS platform at the time. Eventually Portal was acquired into Oracle as the foundation of their communications industry vertical.

Today, I am founder, CEO and CTO of MATRIXX Software. Launched in 2009, I built the company with a vision to make it possible for every Telco to realise the benefits of digital transformation.

Without naming and shaming, tell us about your worst ever boss

Like most people, I’ve had an array of bosses throughout my life – all of whom were different. Some were humble, some had a bit of ego, and one was a true megalomaniac! I’ve always felt that true leadership is grounded in humility and respect, not fear, so it was challenging to work for someone who liked to berate their own team.

At Portal Software, our Nordic Sales team loved imparting the local culture on me whenever I visited. One time, I landed in Stockholm dressed in full suit-and-tie ready for our meeting. The group handed me a heavy overcoat when I got off the plane, drove me to a lake and took me long skating! It was a fantastic experience, but quite chilly since they’d forgotten to bring me a hat or gloves..

What has been the proudest moment in your career so far?

I am fortunate to still work with many people I’ve collaborated with for over 20 years. These people also share my passion and drive to deliver high-value solutions for our customers. Seeing them here with me now at MATRIXX Software, and watching the amazing things we accomplish together, is what makes me proudest.

Where do you see yourself in five years?

I expect to be working with the same team of incredible people for years to come. I hope to still be building new things and innovating while disrupting the status quo. Mutatio bonum est!