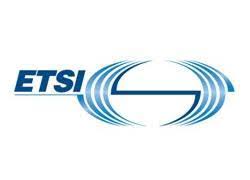 Currently, Vodafone’s virtual systems and network functions span voice and data areas, including vIMS, vDRA, vEPC and messaging. Implementations are taking place over a phased approach, with each of the large number of operating companies comprising the Vodafone Group able to decide which functions to deploy and when.

Based on the ETSI NFV standards for management and orchestration, Vodafone’s NFV deployments include hardware and software from multiple vendors.

It is a well-known fact that the move to virtualisation is a huge transformation in the way networks are run and managed. But Vodafone’s deployments are already starting to reap results. The technology is improving the running of the operator’s infrastructure resources, according to Susana Sabater, manager, network architecture and standards.

In addition, she says, NFV is lowering costs through consolidation and the efficient use of available resources. Sabater adds: “Faster service design is also a clear benefit observed from these initial implementations.”

And although these early deployments are not yet providing all the rewards expected from NFV, NFV is a critical enabler for transformation towards cloud. She says: “Realisation of further benefits is likely to be exponential as implementations mature.”

Vodafone’s NFV deployments are starting to gain momentum but there are, of course, challenges to overcome when implementing the technology. Vodafone says the main issues centre around the onboarding process of virtual network functions (VNFs). According to Sabater, this is because there is a lack of common models for descriptors of the functions in the industry. As a result, she says: “It requires teams to manually work on configuring and adapting the different modules in the system.”

However, she concedes that new industry standards will help to harmonise the models for different VNF descriptors. Indeed, she says, it will work towards standardising the ability to make use of the different models in an automated way, until all network functions comply with a single model.

But, at the same time, it is important that virtualised networks are adequately managed, which is why ETSI is also currently working with the industry to develop standards around NFV management and orchestration (NFV MANO). In practice, the main challenge for Vodafone related to the different options available for virtual network functions manager (VNFM) and orchestrator, and the lack of industry VNFs complying with both. This reduced the ease of configuration, according to Sabater.

Adding to complexity, there are still differences between the architectural standards developed by ETSI for the telecoms environment, IFA005 and IFA006, and the implementations of the virtualised infrastructure managers (VIMs) currently available in the industry.

Adapting to the new environment

At this stage, implementations are helping mobile operators learn more about the challenges relating to virtualisation, which they can then apply to future deployments. One of the most important considerations in NFV is cultural: organisations must be flexible to adapt to this new environment.

As Vodafone’s Sabater points out: “The introduction of NFV implies quite a substantial change in the way network operation is carried out. Legacy technology mindset, service creation and processes need to adapt to this new environment and technology.”

Indeed, she emphasises, this transformation will demand new, more dynamic processes to be created and teams to work differently – including dedicated infrastructure teams and end to end operational and service management.

Going forward, says Sabater, the right approach will be the migration towards VNFs where design takes virtualisation and cloud into account from the start. “This will mean all the advantages provided by cloud technologies are available.”

The use of standard based and open source components in a single solution can also pose challenges, particularly in respect of interoperability testing. However, ETSI has been working with open source groups – for example, in its NFV Plugtests – to encourage alignment.

As ETSI continues to work on standards, Vodafone’s deployments are gaining pace. The operator’s next step is to focus on redefining operations support systems (OSS) and business support systems (BSS) as customer, service and resource management layers, in order to complement current NFV MANO solutions and create layered architecture with catalogue-based services. It is essential these are backed with service level agreements (SLAs) and quality of service (QoS) guarantees and are analytics driven, says Sabater.

She adds: “To be built on the concept of multiple operational domains, complementing NFV standards with SDN will be a must for full automation of operational procedures in the networks.”

So, taking this into account, how will NFV evolve in the future? Currently, Vodafone’s focus is the transformation of existing OSS systems to facilitate the automation of networks and rapid service delivery in a multi-national and multivendor environment.

In addition, Sabater points to the influence of incoming cellular technology such as 5G. “This technology will introduce additional needs for automation and logical segmentation of virtualised networks, as well as an evolution towards cloud native concepts with solutions such as containerisation of software services.”

She adds: “This last concept also has a big influence on orchestration needs and possibly an impact, to be addressed, on current orchestrator solutions.”

As the transition to virtualised networks accelerates and possible capabilities become clear, Vodafone emphasises the need for specifications to happen quickly. NFV has arrived, and the industry agrees that ETSI standards are essential in driving this technology, and the use cases that result from it, forward.

“ETSI NFV specifications have been, and continue being, a reference in the industry,” Sabater says. “The quality is very high and they really provide an evolution from the current telecom networks towards virtualisation.”

The author is of this blog is Adrian Neal, member ETSI NFV ISG and vice chair ETSI MEC ISG