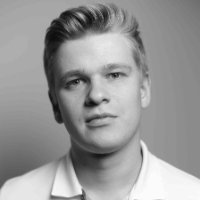 Amazon learned a valuable lesson in how to get more viewers on board. Go to the mobile operators, writes Roman Taranov, the chief executive of RGK Mobile.

In the past mobile operators were associated with phone calls, SIMs, SMS and other voice/messaging related services but as the mobile device evolved, the operators role evolved too. Mobile operators are no longer just a pipe to power phone calls or enable data exchange; they are transforming into providing content and providing an experience to users, spanning exclusive subscription deals with entertainment companies to mobile games and m-commerce solutions. As mobile operators are increasingly serving content to their subscribers to provide additional subscription based services; more and more content providers are realizing that mobile operators are an untapped source of gaining additional viewers. Belonging to the mobile operator are millions of subscribers and billions of data points and partnering with one can guarantee reaching a larger base of viewers. At least that’s what Amazon, Netflix, HBO and others seem to think.

It was reported last month that Amazon is turning to mobile operators to expand Prime Video and Prime Music internationally. Based on the article, Amazon even created a separate product for mobile operators called Amazon Fuse that was described in their trademark application as “transmission of entertainment services, including audio and video content, over the internet and mobile networks.”

Partnerships with mobile operators to reach new international subscribers is not new to Amazon, who partnered with Vodafone India and gave their customers a discount for Prime and Prime Video.

In fact, Amazon and Neflix have engaged in creating short form video series (videos less than the typical 22 minutes) with Neflix developing “Follow This” and Amazon showcasing “Funny or Die.” The reason so many of these shorter series type of shows are being developed is because of the increase in mobile consumption, with global streaming documented to be at 25% over mobile.

“For the [subscription video streaming] giants, short-form content has historically been a low priority because mobile was a low priority. Yes, consumers watched Netflix shows on mobile devices, but that was only a small fraction of the audience,” said Peter Csathy, founder of media advisory firm Creatv Media told Digiday. “But mobile has always been the next great frontier for the giants, and it also presents an opportunity for them to accelerate growth amidst frenetic competition, while also expanding to younger audiences that are accustomed to watching short-form video on their phones.”

Of course, this type of partnership is a win-win for the operator as well. The operator, who doesn’t have the means or know-how to develop the sophisticated type of content that Amazon has to offer, gains fresh, new content to offer their subscribers without having to deal with the licensing and the distribution of that content. Other mobile operators around the world, such as Sunrise and Airtel have even gone to longer lengths, engaging with similar type of partnerships with other content providers, handling not only content generation but also payment services and marketing, adding a new channel of income – content that keeps their users engaged and coming back for more.