Is the sky the limit for Inmarsat? 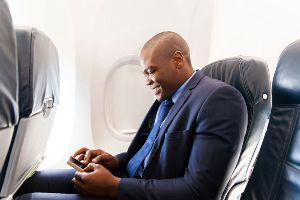 In April 2018, satellite network operator Inmarsat celebrated the 250th installation of its GX Aviation in-flight broadband network, just a year after its launch.

Hackneyed headlines like ‘Honey, I’m On The Plane’ aside, this is something of a milestone for Inmarsat, says Peter Dykes. After spending billions of dollars and more than five years of development, Inmarsat believes it’s got the mutts nuts in terms of in-flight broadband.

Philip Balaam, president of Inmarsat Aviation, said, “GX Aviation continues to be a major success story, not only for Inmarsat, but for the global inflight connectivity market. We’re still within our first year of commercial service, so the fact that the service has been installed on 250 aircraft speaks volumes for its acceptance as the gold standard by airlines worldwide.”

The market potential is indeed huge. According to a recent study by the London School of Economics in conjunction with Inmarsat, in-flight broadband has the potential to create a US$130 billion (€109.65 billion) global market within the next 20 years, resulting in US$30 billion (€25.30 billion) of additional revenue for airlines by 2035. That’s a lot of suits tapping away on their laptops, parents getting their Netflix fix and kids doing what kids do online, while soaring through the stratosphere.

Inmarsat has arguably been a bit late to the market, given that one of the main in-flight broadband providers GoGo has long since expanded from its US base, posting thousands of installations on aircraft belonging to many of the world’s leading airlines. However, Inmarsat’s philosophy seems to be one of largely ignoring the upstarts safe in the knowledge that the product it will deliver will blow the opposition, such as it is, out of the market. 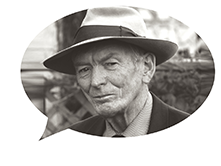 There are two issues here. The first is that although GoGo has developed a satellite-based strategy (2Ku) in recent times and already has it installed in over 700 aircraft with more on the way by the end of 2018, the bulk of its operation is based on connectivity with ground-based cell sites. The second is that Inmarsat has probably one of the most impeccable pedigrees when it comes to satellite communications.

Inmarsat’s criticism of existing in-flight broadband is that it is patchy, slow and sometimes non-existent, whereas GX is seamless and truly global, which is obviously something GoGo realised a while ago, hence the move to satellite. So, the point of interest is, can a company that has successfully established a global customer base using the second-best technology for the application, compete against a long-time master of the ideal technology for the application? GoGo is making the move to satellite, Inmarsat has been there forever. Place your bets.

While the battle for market share might be interesting to follow, the desecration of that relatively quiet space between departure and destination by some highly agitated person trying to sort their failing marriage out over VoIP to the collective annoyance of the captive audience that is everyone else on the aircraft, is something of an inevitability and beyond speculation. Still, at least in-flight broadband might keep the kids quiet.

The author of this blog is freelance telecoms writer, Peter Dykes