Buy or build: is there a sensible way to go OTT? 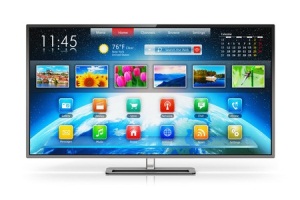 The future of TV is going ever so slightly OTT. In fact, scratch that; it’s already gone the whole nine yards. If the analysts are to be believed, OTT is now the broadcast mainstream.

As consumers increasingly demand video on their time and on their terms, traditional broadcast is approaching its final episodes,with platform-agnostic millennials leading the march towards more mobile, personalised and interactive content. Five years ago those ambitions would, ironically, have been dismissed as OTT, says Chris Wood, chief technology officer, Spicy Mango.

Today, with the on demand economy tipped to reach $57 billion (€47.09 billion) in 2018, OTT has taken on a new meaning that’s redefining TV. The opportunities for innovation are significant. It’s no surprise that the industry is finally looking to transform a business model that’s barely changed in over half a century. It has to – before Generation Z switches off.

In a fast-paced marketplace where the battle for audience is intense, many networks and operators now see OTT as the golden ticket to competitive advantage. However, where previously they may have outsourced delivery, many are now looking to establish their own infrastructure having struggled with the lack of flexibility and velocity on third partyroadmaps. Faced with an unforgiving commercial conundrum – go OTT or go nowhere –providers are evaluating whether to ‘buy or build’, and they’re increasingly choosing the DIY option. But it isn’t easy. Organisations need help.

Building a sustainable platform to deliver OTT services is complex, particularly for providers whose legacy and infrastructure is steeped in broadcast. The transition from a video-based to a software-oriented domain requires skillsets not typically associated with traditionalbroadcast.

It involves multiple actors from different disciplines – broadcast/video engineers, software engineers and IT engineers – all of whom have learned from a different script. These disparate groups each have distinct, specialist knowhow that’s vital in the move to OTT. But how do you leverage those skills to build the optimal platform quickly and efficiently? It isn’t straightforward. And for many, it’s uncharted territory.

The end-to-end process of OTT delivery is multi-faceted. Content must first be prepared for distribution over the internet, which requires an understanding of variable components such as size, destination device, format and streaming language to create the right package. Following encryption, it must then sit within an IT infrastructure (platform), ready to be handed off to the consumer via a series of interconnects and networks. Although the configuration of IT infrastructure relies on some traditional IT skills, managing video in the Cloud is a specialism in its own right. And for many, it’s new.

This complex end-to-end process dictates distinct skillsets that combine video, software design and traditional IT. It’s a skill mix that’s challenging CTOs as they look to establish an efficient and sustainable infrastructure for OTT. There’s much to consider.

Although the role of traditional broadcast/video engineers is diminishing as the hardware requirements for satellite TV reduce, their expertise in storing, transforming and delivering video still has value. However, as we move towards a software-oriented world, some of their skills are becoming less common – and they don’t easily translate into the software domain.

This role is more easily defined. Software engineers can build great applications and back-end platforms; they can write software, Content Management Systems and Video Management Systems. But they don’t always have the requisite video expertise. They may be able to handle video playback in a client application, but do they understand the video chain? Or how DRM works? Do they know how to facilitate complex re-encapsulation? Or how to apply encryption and content protection algorithms to assets? These are just some of the core capabilities that software engineers often don’t understand because they don’t come from that video world.

Since a high percentage of providers and operators are big businesses, many are already blessed with impressive IT resources and expertise. However, the process of migrating to – and supporting – infrastructure in the Cloud has not been a strength of traditional IT engineers. However, to enable long term scale and resilience, it’s a key requirement for OTT provision – and there are subtle nuances that relate to hosting video in the Cloud.

The DIY transition to OTT is therefore proving to be a great challenge for service providers, many of whom have recognised they either don’t have the existing skillsets in-house, or they’re unsure how to balance their resources to find an efficient solution. So how are companies approaching it? Some have contemplated morphing the key attributes of the individual disciples into one single role.

But the hybrid person is a mythical beast: it doesn’t exist. Identifying individuals that possess the composite capabilities is, at present, unlikely; the skill mix is too broad and deep. To overcome this, some organisations are upskilling their workforce to re-arm traditional roles with modern tools and techniques. There’s no doubt that training is both positive and essential, particularly as companies wait for the next generation of appropriately-qualified talent to come through. However, it’s not an overnight fix. Upskilling is a slow process that can still leave gaps in knowledge that hold back progress. In the competitive on demand economy, speed to market is essential. 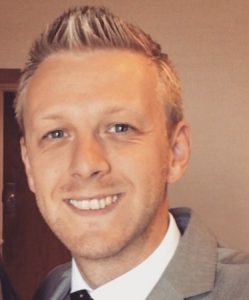 Other companies have taken the multi-disciplinary approach; leveraging the skill mix of the various disciplines in their organisation and integrating them to work in collaboration. This is undoubtedly a step in the right direction. However, if the collaborative approach isn’t properly thought through – and led by someone who understands and owns the end-to-end process – there’s a risk that strategy isn’t joined up, leading to sub-optimal architecture.

Optimising human resources has become a major challenge for industry as it attempts the leap to OTT. With so many variable components – and the need for speed to secure competitive advantage – where on earth do you begin? The smartest organisations have found that partnering with media technology experts at the start of their journey can help develop a roadmap that sets the foundation for sustainable, integrated architecture and, crucially, optimises existing resources.

The best partners will have worldwide experience of working with studios, content providers, broadcasters and licensees – and they’ll understand the complexities of building service provider grade video platforms. Moreover, they’ll work closely with you to examine your existing data and how it needs to be pulled together to design an architecture that works.

The DIY approach to building OTT infrastructure is a logical step for industry. However, organisations that believe they can take their existing set-up and port it to the Cloud will invariably end up making some big mistakes. The software-oriented world is a very different environment to the one in which companies have historically operated. Knowledge is everything. But best practice learnings are already out there.

Undoubtedly, the stakes are high: go OTT or go nowhere. As the industry awaits the next generation of talent, a willingness to partner with experts that understand how to build successful video services in the Cloud could be the key to unlocking competitive advantage. It might just be the most sensible way of going OTT.

The author of this blog is Chris Wood, Chief Technology Officer, Spicy Mango