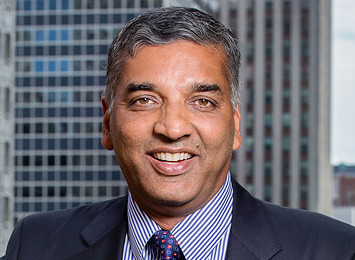 Recent research from Virtusa has uncovered that businesses, including communications service providers (CSPs), are facing an existential risk from the enormous growth of technology giants such as Baidu, Alibaba and Tencent – the BATs – and others such as Amazon, writes George Malim

Traditional businesses are lagging behind in the digital economy compared to firms, such as those in China, that capitalise on emerging trends in other markets where those companies have perfected a new, horizontal business model, reports Virtusa’s China Insights Group. BAT companies have brought together products and services from a range of adjacent industries with one ultimate aim – the ability to own and monetise all facets of a consumer’s lifestyle choices. It’s no longer about owning a killer app, it’s about building the complex, connected ecosystem that allows customers to move seamlessly across their apps without leaving your ecosystem.

Instead of choosing markets to address based on specific industry knowledge, BAT companies select targets based on how they fit into the overall digital landscape to appeal to convenience-hungry millennials – examples are investments made by BAT companies in Snapchat, Farfetch and Lyft. As a result, Virtusa predicts that digital platforms will become the primary provider for all our lifestyle needs, with consumers processing 80% of their purchases through a single provider by 2025.

Virtusa predicts this shift will rock the foundations of many businesses. BAT companies, along with American giants like Facebook, Amazon, Netflix and Google – the FANGs, will be the dominant forces that channels all future sales – weakening CSPs’ presence unless they put in place strategies now to compete.

“All vertical businesses are facing the death of business as usual and the ending of the traditional situation,” confirmed Raj Rajgopal, the president of Virtusa’s Digital Strategy Group and head of Virtusa’s China Insights Group. “80% of services will be delivered from seven or eight services providers across all industries including telecoms and media to enable your digital life.”

Rajgopal sees four principle ecosystems emerging: digital life, health, asset management and connected house and warns the battle for control of these ecosystems is already underway. In China, the BAT companies are further ahead partly because their technology giants have not relied on advertising revenue and have had to monetise their services in other ways. “The west is fat and happy and has had tons of advertising revenues coming in while the Chinese have had to look to other ways of monetising revenue,” he added.

For CSPs, the future looks challenging but Rajgopal does see opportunities within the giant ecosystems being introduced by the BAT and FANG companies. “The telecoms business has been in the throes of revenues dropping for ten or 15 years but, as the digital future unfolds, the situation looks even worse,” he said. “New types of provider such as low orbit satellite connectivity companies are coming in, Google and Facebook are putting in fibre connections and every part of the network value chain that was, to an extent, profitable is now disrupted.”

“However, there are opportunities to take a niche service and put another four or five services together,” he added. “The answer is to look at a specific service and create a niche or mini-ecosystem around that. This can then plug into one of the giant ecosystems, enabling the CSP to generate revenue.”

Such models are largely untried so far but Rajgopal imagines a scenario in which CSPs could bring together mini-ecosystems around their traditional services, integrating with retail offerings, content and other services to deliver the relevant experiences millennials want. “Unfortunately there’s no magic bullet and each company has to figure out its own path,” he said, “but the decision needs to be made now because in five years’ time when BAT is at the door, it’ll be too late to respond.”