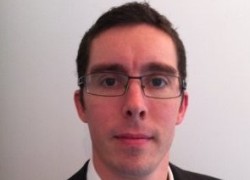 The manufacturer of advanced Mission Critical communications systems, ETELM, has been shortlisted for the Best Evolution to Future Broadband at the International Critical Communications Awards (ICCAs) for its 4GLinked solution.

ETELM’s 4GLinked solution connects TETRA with LTE directly without any gateway. It offers outstanding performance and operability as demanded by all mission critical users now and in the future. 4GLinked overcomes traditional issues associated with legacy systems and their evolution to LTE, by bringing to market a fully interoperable and harmonised mission critical communications solution based on industry standards.

The ICCAs are held annually in association with The Critical Communications Association (TCCA) to celebrate the success and innovation of organisations and individuals who push the boundaries of technological capabilities. The winners will be announced at the awards ceremony at Palais am Funkturm at the Messe, Berlin on 15 May 2018.

“Our 4GLinked solution is based on 3GPP telecommunications standards using an LTE Core network and provides a single platform for both legacy infrastructure and new and emerging technologies,” said Nicolas Hauswald, sales and marketing director at ETELM.

“This kind of interoperability reduces the long-term cost for users, as there is no need for upgrades each time a new standard, or product, comes to market. We believe we have a winning, future-proof solution and look forward to the judges’ final decision in May.”

ETELM is a pioneer in the critical communications sector and in early 2017, 4GLinked was the first Hybrid TETRA/LTE solution deployed with fully standardised MCPTT services, via its partnership with Nemergent. 4GLinked also successfully interfaced TETRA with several LTE vendors at the Plugtests organised by ETSI and The Critical Communications Association in June 2017.

Hauswald continued: “ETELM is a visionary company with a strong commitment to developing fully standardised solutions. We noticed a gap in the market for a product that allows a balance between cost, service, and coverage for mission critical users and therefore we developed 4GLinked.”

“We are continuously investing in innovative solutions to meet the needs of mission critical users and are proud that 4GLinked is being recognised for its major advances in providing a single network solution for all communications technologies.”

ETELM’s 4GLinked solution is the most advanced Hybrid Integrated Network, providing the ideal platform for users to benefit from the best features of different technologies. 4GLinked is the only system in the world that allows TETRA (and other PMR technologies) to connect directly to the LTE Core, without any gateway interface – allowing direct connectivity between subscribers of different technologies over a single network, ensuring fast call-setup and seamless roaming between technologies.

4GLinked has now successfully been deployed and tested on the field for several customers in the defence and transport sectors.