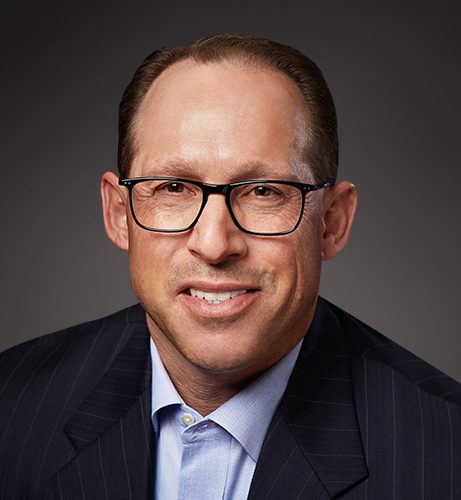 Glenn Lurie, the chief executive of Synchronoss, tells George Malim that the coming together of cloud, IoT and 5G capabilities gives communications service providers (CSPs) an opportunity to choose their own destinies in the digital economy

The path from the mobile operator technology executive suite into senior management of a vendor is well worn but it’s less usual for a c-level executive from the operations side of one of the world’s largest operators to make that leap. However, that’s what Lurie has done following an extensive career on the mobile operator side of the industry.

Naturally, Lurie knew what he was getting into when he joined Synchronoss in November 2017. He’d become familiar with the business in his previous role as president and chief executive of AT&T Mobility’s Consumer Operations, launching the AT&T Drive connected car services, for which the vendor is a partner. The Synchronoss product set also contains many of the elements Lurie, who was a driving force behind AT&T’s Digital Life portfolio, believes CSPs need in order to succeed in the digitally transformed economy.

Having led AT&T’s negotiations to introduce both the Apple iPhone and iPad, Lurie’s no stranger to introducing new products and services to mobile operators and, for him, that was part of the attraction of going vendor side. “I get that there’s a lot to do,” he said in an interview with VanillaPlus at Mobile World Congress 2018. “When I retired [from AT&T] I wanted to find a company that had great people – don’t forget I’ve known Synchronoss for 14 years – and I also wanted a really strong foundation in terms of the product set. I believe there’s a massive improvement opportunity.”

Often operator executives are hired by vendors to gain access to their contacts but it’s less usual for them to be chosen to lead the company. Lurie acknowledges his past was an attraction for the vendor. “With my history in the business, you hope you’ve been fair and you’ve earned people’s respect and I have been humbled by the reaction of my friends at operators when I talk to them as CEO of Synchronoss,” he said.

However, Lurie hasn’t been brought on board just to help shift Synchronoss’ existing portfolio of products. Lurie has said that the vendor “needs a little love” and is looking to reinvigorate it by focusing on platforms in three key areas: cloud, IoT and 5G.

“5G is a phenomenal opportunity because it means using cloud for storage via a mobile is a good experience,” he explains. “With 5G you have low latency and edge computing becomes real-time. I think cloud becomes more and more important. With autonomous vehicles for, example, massive amounts of data will be required.”

However, the network capacity is simply an enabler, along with cloud, for a new portfolio of services. Lurie sees IoT and digital business as areas in which operators can compete effectively. “A transformation is happening so it feels like operators are focusing on 5G but it will be incredibly expensive and, at the same time, revenues are going down,” he explained. “This means operators are much more receptive to what will be the next thing [for them to offer]. I think IoT is the next big thing and within that smart cities are a key area. The smart city ends up as a big umbrella above IoT, a car will talk to a city and other cars but it’s the city that will drive that low latency connectivity with small cells enabling backhaul every 1,000 feet.”

That capability makes edge computing truly real-time and Lurie expects that to usher in a new wave of applications that operators can monetise. “It’s totally realistic,” he said. “The operator has the consumer’s trust which the others don’t have so if you can aggregate people’s social apps and enable payment for all the experiences we see coming through, I don’t see why that would be hard to do. The carrier has a choice in how to reinvent itself.”