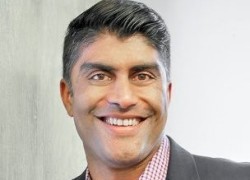 “Based on a survey of 140 organisations with an average of over 16,821 email users, 44% of businesses were victims of an email attack using a compromised account in the past 12 months,” said Michael Osterman, president, Osterman Research. “Account takeover attacks should be considered a very serious risk because they target the highest levels of leadership, but are extremely difficult to detect.”

Recently, Osterman Research found that targeted email attacks launched via a compromised account were the most successful email attack vector in the past 12 months. ATO-based attacks evade traditional email security solutions, such as secure email gateways (SEGs), because they are sent from established email accounts – no domain name spoofing or display name deception is required.

Previously, Agari research has demonstrated that SEGs are unable to detect business email compromise (BEC) because there is no malicious payload involved. Consequently, ATO-based BEC attacks present a very high risk to organisations because no security controls can detect them.

Key findings from “Protecting Against Account Takeover (ATO) Based Email Attacks” include:

“Agari’s research demonstrates what CISOs have suspected for years: traditional email security solutions, such as secure email gateways, based on inspection and reputation are unable to detect advanced email attacks, such as account takeover,” said Ravi Khatod, CEO, Agari.

“As criminals have refined their techniques, impersonating and targeting the highest levels of corporate leadership, organisations risk giving away the keys to the kingdom; only Agari can stop the rising tide of compromised accounts before they reach the CEO.”

Agari takes a unique approach of modeling the good — which is what authentic, trustworthy communications look and act like — using machine learning to identify attempts to trick people into trusting something they should not.

When a message is received it is subjected to the following phases of analysis and scoring:

To support this modeling, Agari leverages a cloud-native architecture to drive over 300 million daily model updates, allowing the system to maintain a real-time understanding of this type of email behavioral pattern.

“Agari Identity Intelligence is the core of the next generation of Advanced Threat Protection for email. It takes a new approach to detecting the modern, sophisticated, identity-based attack,” said Khatod. “Leveraging global telemetry sources, unique algorithms, and a real-time scoring pipeline, the system continuously models email sending and receiving behaviors across the Internet and detects the new attacks of today and the even more sophisticated ones we expect to see in the future.”