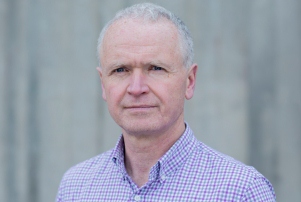 It’s time to lift the lid on what some call a culture of denial around churn for communication
service providers (CSPs). It’s well understood that with the increase of 4K, video and virtual reality (VR),
networks are being put under more pressure than ever to perform.

VanillaPlus: Mike, you’ve talked about a ‘culture of denial’ that exists around churn from UK service providers’. Can you explain what you mean by this? And are you talking about communication service providers?

Mike Wilkinson: Yes, I am talking about communication service providers. The issue is often service providers aren’t honest about churn. Eastern Management Group recently conducted a survey where it concluded that hosted PBX churn was ‘infinitesimal among enterprises’. This is extremely hard to believe, given my first-hand experiences in the industry.

Edgewater’s primary market research also suggests that this isn’t true for most organisations. It found that just 45% of people report to be very/exceptionally satisfied with their service provider’s issue resolution and only 42% are happy with ongoing customer support.

Real Business research also revealed that 45% of UK business voted their broadband as 1 or 2 out of 5 for reliability. 95% were also likely to switch supplier in the next 12 months, highlighting the direct link between poor customer experience and churn.

Being more honest about churn issues would only help our industry. Ultimately, lots of churn stems from poor customer experience – an industry-wide problem that needs addressing. We need to get to a point where service providers can spot and resolve problems before the end user has even noticed them.

MW: No, and it’s probably exacerbated in markets where the broadband quality is worse than the UK. There are parts of mainland Europe that undoubtedly have significantly higher churn rates, especially in the early days of deployment.

VP: Why do SPs need to be more honest about churn rates, as you suggest?

MW: If you want to change things, you need to admit it in the first place. There’s a very famous book called ‘Black Box Thinking’ which actually compares two industries against each other, the airline industry and the medical industry. In the medical industry, healthcare professionals are blamed for mistakes and there’s therefore a culture of shame around admitting mistakes.

However, the airline industry focuses instead on resolving problems without pointing the finger and maintaining safety as the number one priority. As you can imagine, the airline industry is therefore a lot more efficient because mistakes are learned from rather than concealed. Service providers need to adopt this airline industry thinking. We need to take the philosophy of fixing things and understanding why things went wrong, no matter what happened. 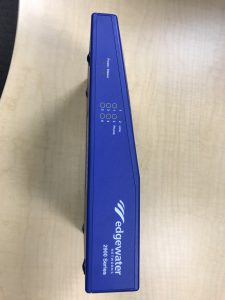 With 3.2 million UCaaS (Unified Communications as a Service) seats currently in operation here in the UK*, out of a capacity of 8 million, it’s still relatively early days in terms of market saturation in the UK. Service providers offering poor experiences are still hitting their numbers to a certain extent. However, as the market matures, to survive in the long run you need to be operationally excellent in terms of offering a quality customer service. Otherwise, as the market consolidates and becomes more saturated, you’ll find that your customers will start to leave you behind. High quality customer experience offers operators a competitive differentiator.

VP: What is Edgewater Networks’ answer?

MW: We see that 90% of issues are related to the access and on-premise networks. Our answer is essentially to allow service providers to spot issues on the network before their end users do. We effectively run a CCTV system inside devices constantly capturing traffic. With a combination of monitoring, investigating and testing, we can therefore give service providers the tools and visibility to remediate any problems using SD-WAN based solutions quickly and efficiently.

VP: I gather you’re now launching into EMEA. Will you work globally soon?

MW: We follow where the opportunities present themselves. Although expansion is in our future, right now we probably have enough on our plates as it is. That being said, if new markets develop then we will look at them. But, ultimately we want to keep our focus on the main developers in Europe.

VP: Why is customer experience in UCC environments important?

MW: The majority of churn often takes place in the first 4-6 weeks when the customer is first experiencing the service. There are so many alternative providers out there that customers can very easily change provider. In those first few weeks, you need to give them a reason to trust you so that they want to stay.

VP: Can you give me an example of best practice when it comes to service delivery and quality

MW: This is what we have learned with some big deployments in the US. During the first 4-6 weeks of deployment, we set quality alarm triggers at a very sensitive level. Alarms can then trigger packet capture to fault-find infrequent events. Once the installation has been in place for approximately 4-6 weeks, we lower the sensitivity thresholds.

VP: You say that declaring innocence with network problems and escalating them to a third party is over. Can you expand?

MW: Previously, the industry would react to faults being identified by declaring innocence and then escalating the problem over to a third party. However, this isn’t good enough anymore. The new model needs to comprise the service provider offering remediation and implementing SD-WAN functions, so that the problem can be solved without needing to involve a third party.

VP: How will service delivery change with AI (artificial intelligence) and machine learning at its heart?

MW: As churn starts before deployment, the service delivery needs to be as seamless as possible to reduce things going wrong. 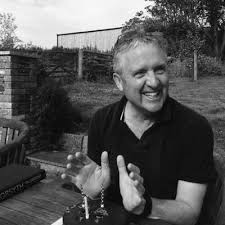 Jeremy Cowan is the editorial director and publisher of VanillaPlus.com

One way we can do this is by automating as much as possible. Only a small number of decisions – the most complex – then need people power. AI recognises common situations and automatically makes networking decisions and creates rules. For example, if there’s a brownout in a specific part of the network, then all devices can not only be rerouted from that area, but traffic can also be prioritised. This can be used, for example, when the network is victim to a DDoS attack – as it can be automatically recognised and the network can be reconfigured to compensate for that traffic.

This is ever more relevant as the UCaaS market grows and therefore attracts more cybercrime. As it’s a new market, it’s seen by cybercriminals as a soft target, meaning more and more cyberattacks are likely to be targeted at it.

Mike Wilkinson was interviewed by Jeremy Cowan the editorial director and publisher of VanillaPlus.com.