Does AT&T’s white box strategy mean the end of telecoms vendors as we know them? 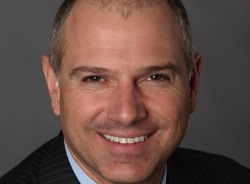 AT&T could potentially be turning the telecoms equipment industry on its head with the announcement that it is rolling out its 5G network using open-source software running on open-source hardware, all neatly packed into what it refers to as ‘white boxes’ – 60,000 of them to be precise. Peter Dykes reports.

This means faster hardware upgrades, since anyone can build to these specs. And software upgrades that move at internet speed. We’re doing this all while keeping costs low so we can focus on expanding our nationwide mobile 5G footprint for our customers as quickly as possible.”

We knew of course that AT&T was thinking along these lines when in April 2017 it announced it was trialling white box network switches using some well-known industry names such as Broadcom, Edgecore and Intel, but the scale of the deployment is surprising to say the least and the operator’s targets are ambitious. The company says that having hit its 2017 target of virtualising 55% of its core network, it intends to up that figure to 65% in 2018 and is aiming for 75% by the end of the decade. It has been obvious for some time that virtualisation was going to change the telecoms industry, but this move clearly demonstrates just how fundamental that change will be.

Fuetsch adds, “Using white box routers and other hardware in our towers and small cells helps edge applications [to run] smoothly. And it means we can update and upgrade them at the push of a button. We recently announced Akraino, a software stack to improve the state of edge cloud infrastructure for carrier, provider, and IoT networks. That project is also being released into open source via The Linux Foundation.”

Open source in Telco IT? Who’d have thought it? Hang on though, what about Docker containers and Kubernetes? Those are open source too and it’s looking increasingly likely that they will be the technology of choice for orchestrating NFV and SDN, offering as they do much lower CPU overheads and flexibility. The likes of Red Hat must be rubbing their hands with glee at the prospect of an open source telecoms industry.

In the future, it’s not going to be enough for the traditional vendors to come up with proprietary versions of open source stacks because true open source software – and indeed hardware, tends to foster a more fragmented developer community with innovation coming from a wide range of sources.

If more big time operators go the same way as AT&T, we could see the end of OSS/BSS vendor lock-in and possibly the end of those dinosaurs that have ruled the Jurassic world of telecoms support systems since the dawn of time. Now that really would change the ecosystem.

The author of this blog is freelance telecoms writer, Peter Dykes