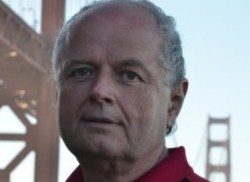 Hesse is the founder and chairman of the Broadband Forum’s BASE events. BASE is a series of public workshops, which provide technical expertise as well as education on the latest technology and use cases for innovative broadband technologies.

The most recent BASE workshops, held in Athens and at the 2018 OFC Conference in early March, drew more than 400 industry delegates. The workshops covered a range of topics including the managed home, 5G wireless/wireline convergence, virtualised broadband, cloud services, and the latest in next-generation access technologies.

“The Broadband Forum is a world-class organisation doing critically important work across the world to help shape how broadband evolves. I am honored to have been elected to the board,” commented Bernd Hesse, senior director for technology development at Calix.

“My career has largely focused on progressing the development of the next wave of broadband technologies, so I am excited for this opportunity to further influence our industry through this position. For Calix, it further highlights the work our company has done for years across many influential standards bodies and keeps us engaged at the cutting edge of new standards as they are developed.”

Hesse joined Calix in 2016 with more than 30 years of experience in the telecommunications industry. He has founded several industry groups and technology forums, including the WDM-PON Forum and NG-PON2 Forum, the latter of which is now part of the Broadband Forum’s NG-PON2 Council.

Hesse has been a catalyst for bringing together key industry stakeholders to increase the adoption of these technologies, create and drive interoperability programs, and develop partnerships across broadband access and metro networking. Bernd’s expertise in PON and optical access technology will bring a new depth of experience to the Broadband Forum Board of Directors.

Robin Mersh, CEO of the Broadband Forum said: “Bernd has been a very enthusiastic and experienced member of the Forum since he began to represent Calix and I am delighted that he has been elected to the Board, at what is a very exciting and challenging time for the Forum.”

Hesse’s election is another milestone in Calix’s long-time commitment to industry standards. The company has been on the forefront of standards development and interoperability plans with the Full Service Access Network (FSAN) group, Wi-Fi Alliance, and the Broadband Forum for over a decade. Calix team members both lead and participate in many of the Broadband Forum’s workgroups, including those focused on driving momentum and adoption of Gfast and NG-PON2 technologies.