The GSMA has announced the first speakers for the 2018 Mobile 360 Series – West Africa conference, which will take place 11-12 April at the Radisson Blu Abidjan Airport Hotel in Abidjan, Côte d’Ivoire. The event is organised with the support of the Ministry of Post and ICT of Côte d’Ivoire, with sponsors including MTN Cote d’Ivoire (Host Sponsor), Orange (Headline Sponsor), Telepin (Industry Sponsor) and Ericsson, Facebook, Intelsat, Mastercard, Nearex and World Remit (Supporting Sponsors). New for 2018, the event will feature an Innovation Showcase highlighting leading start-ups and innovative solutions for the West African market.

“The mobile industry is playing a key role in driving digital, financial and social inclusion in many African countries by providing access to essential information and services,” said Michael O’Hara, chief marketing officer, GSMA. “We are excited to be returning to West Africa, convening key stakeholders to examine the practical steps needed to overcome critical roadblocks in technology, governance, business models and investment.”

At the event, discussions will centre around two main themes: ‘Empowering the Consumer through Mobile’ and ‘Is Policy Supporting the Integration of Technology into Society Enough?’. 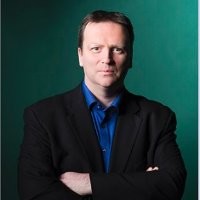 The conference will also examine different aspects of the empowerment story, with sessions including: ‘How Digital is Changing the Consumer Landscape’, ‘Opening New Markets to Financial Services through Technology’, ‘Supporting the Expansion of the Digital Economy in the Economic Community of West African States (ECOWAS)’ and ‘Building a Culture of Confidence and Trust in Data’.

The first speakers confirmed to present at Mobile 360 – West Africa include:

In addition to the conference, Mobile 360 – West Africa will highlight the initiatives and activities undertaken by the GSMA Mobile for Development programme. The event will focus on the GSMA’s work to increase access to and use of life-enhancing mobile services; accelerate socio-economic improvements for the underserved, especially women, rural populations and youth; drive digital and financial inclusion; and provide identity services for the unregistered. 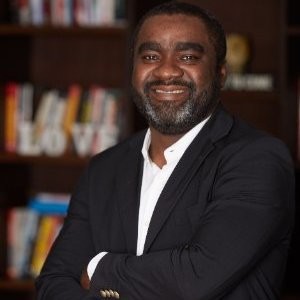 Alongside the conference, the first day of the event will kick off with an inaugural Annual Regional Conference organised by the Economic Community of West African States (ECOWAS) in partnership with the GSMA and the African Development Bank. This invitation-only event will explore how government, working in partnership with industry, can create an enabling environment for the development and promotion of a digital regional economy.

The 2018 GSMA Mobile 360 – West Africa is the first in a series of industry-focused events held in major cities across the world. The GSMA Mobile 360 Series of events fosters regional engagement and examines the pressing issues that are shaping the mobile industry on both a local and global scale. The first confirmed Mobile 360 Series events for 2018 include: