One missed call: How CSPs have been left behind in the innovation wars 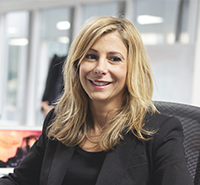 In the traditional supply-demand sense, communications service providers (CSPs) should be rubbing their hands together with glee. After all, they sell access to what’s now considered by most a basic human need. The reality, however, is pretty much the opposite. It’s make or break time, writes Marina Cheal, the chief marketing officer of Reevoo.

Over the past decade, CSPs have struggled to own their space – and their customers. Innovation in communications hasn’t come from CSPs but from tech firms like Skype and WhatsApp. And now that these tech firms are super-sized, it’s not a stretch to think that their next move will be to skip the network provider altogether and go straight to consumer.

CSPs face a tough choice to stay relevant; they can get dirty, cut costs and lower prices – or find a new way to differentiate.

Cutting cost is easier said than done. Consultants Deloitte say carriers will need to make upgrades to their core connectivity infrastructure, which in the case of the coming shift to 5G may run well into the billions of dollars.

To add to the pain, average revenue per user is down all over the world, reports PwC, and competition’s not exactly fair either. Giffgaff, one of the cheapest UK providers, is a virtual network that uses O2’s infrastructure, while Free has risen to become France’s third biggest CSP by piggy-backing on Orange’s network for some services.

It all adds up to a bit of an identity crisis for big CSPs. Are they just infrastructure providers for tech unicorns, or customer-facing champions of a fairer, cheaper internet?

This is where a bit of clever differentiation might be the magic key to unlock future revenues.

Four ways for CSPs to stand out:

But stepping boldly into adjacent areas only works if customers make that leap of faith too. So, it’s essential that CSPs work on their brand perception before they diversify – especially if they’re moving into areas like banking.

Earning customer trust means listening to them and responding to their concerns. It means being honest and transparent — not behaving like Telstra, Australia’s biggest CSP, which last year acknowledged it had offered customers maximum broadband speeds over the country’s National Broadband Network that it could not necessarily deliver.

So, for those CSPs prepared to think ambitiously and innovatively, it need not all be doom and gloom. The opportunities are there – as long as they’re prepared to put customers first.