TM Forum and The Linux Foundation partner to drive open source architectures, APIs and ecosystem innovation for the telecoms industry 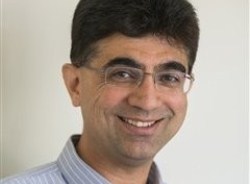 Arpit Joshipura of The Linux Foundation

TM Forum announced its partnership with The Linux Foundation to accelerate communications service providers’ (CSPs) adoption of new technology in open source projects and facilitate the emergence of an industry marketplace of compatible open source and commercial applications.

CSPs increasingly want to use open source software to support their operations and need to integrate it into their existing IT environments. The collaboration will enable open source projects to be implemented according to platform-agnostic industry standards, thereby accelerating time to market and reducing the need for expensive customisation.

This will be achieved through the adoption of TM Forum’s Open APIs within open source projects, providing standardised interworking with other systems. As part of TM Forum’s Open Digital Architecture, these APIs will speed up the deployment of open source software both within CSPs and also across broader ecosystems, supporting greater agility for a CSP’s existing operations as well as enabling new business models with ecosystem partners.

TM Forum’s suite of over 50 REST-based Open APIs are used by more than 4,000 software developers in over 700 companies worldwide. These APIs have previously been contributed to a number of external projects (including the extension by MEF of four TM Forum Open APIs in its multi-operator LSO Sonata software development kit), but this agreement with The Linux Foundation takes the collaborative scope much further.

As part of the partnership agreement, TM Forum has introduced licensing of its Open APIs under Apache 2.0 License terms and conditions, allowing the APIs to be shared across the entire Linux Foundation community for use in any of its open source projects. 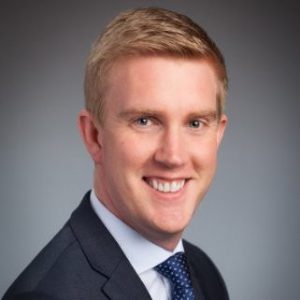 One specific example is the Open Network Automation Platform (ONAP) project. In September 2017, TM Forum’s ONAP User Group was created to co-ordinate TM Forum’s ongoing work on its Open APIs and Open Digital Architecture with the activities and requirements of the ONAP community.

“Together with TM Forum, we can shift the global industry one step closer to harmonisation of open source and open standards,” said Arpit Joshipura, general manager, Networking, The Linux Foundation. “Our joint efforts will help accelerate deployment and adoption for end users. We look forward to this continued and intensified collaboration and how it will advance future networks.”

“Open Source and open standards – including TM Forum’s Open APIs and Open Digital Architecture – have a pivotal role to play in transforming the agility of our industry, ensuring it is fit for the next decade,” said Nik Willetts, CEO, TM Forum. “We’re delighted to be working with The Linux Foundation to bring together our joint expertise, and look forward to partnering with a range of open source projects over the coming months.”

Applications of TM Forum’s Open APIs and Open Digital Architecture will be demonstrated to more than 3,000 global telco IT leaders at the Forum’s annual Digital Transformation World conference in Nice, 14-16 May 2018, by more than 100 TM Forum member companies participating in collaborative proof of concept ‘Catalyst’ projects.