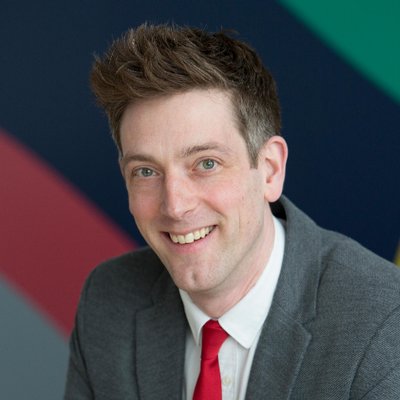 There is much talk about the challenges of rural connectivity and the internet blackspots that afflict many of the beautiful but isolated areas in the UK. However, we must also recognise that the digital divide can impact those living in urban areas, with long-term social consequences, writes Adam Leach, the director of emerging technology at Nominet.

Having no internet connection within a rural setting, such as around Loch Ness or on Arran in Scotland, is usually a technology challenge. The location, topography and weather all make it hard – and expensive – to connect these communities to the internet using traditional methods of delivery. In an urban setting, a lack of connectivity can be due to unexpected blackspots or sometimes appear hand in hand with social concerns and deprivation.

Rural connectivity is an area that Nominet has been focusing on, using our TV white space database to enable connections in rural communities. But a recent Microsoft Research project took a step further. The company has now used the TVWS database to connect residents within an urban social housing scheme that had previously been without internet. Understandably, the more than 30 residents in government-supported social housing in Cambridge, UK, found their free internet connection was transformative and highlighted the importance of not overlooking urban connectivity challenges.

Around a third of those living in government-supported social housing don’t have fixed broadband. These residents face various barriers to connectivity, from being unable to afford – or prove a credit rating for – a contracted internet connection to having no digital skills nor knowledge to support their use of the internet. Many have smartphones, but operate them on a pay-as-you-go basis only, which is expensive and limited. Some simply aren’t interested in being online, while a few struggle to get coverage in their area.

Whatever the reasons for their lack of connectivity, there can be longer term consequences to being offline. In 2016 the Carnegie Trust released a report that outlined how digital exclusion has the potential to exacerbate social exclusion, and warned that the digital divide is based around social inequalities that drive low levels of access and skills to use the internet. As we move towards a connected, tech-driven future, it’s critical that we don’t leave anyone behind.

More recently, a report into Universal Basic Services by IGP’s Social Prosperity Network explicitly recommended that free housing, food, transport and access to the internet should be provided to all British citizens. Co-author Jonathan Portes from King’s College, London, former senior government official, stressed, “The role of the state is to ensure an equitable distribution of not just money, but opportunity to participate and contribute to society.”

Both of these were opportunities were made available to the housing residents involved in Microsoft Research’s Project Belgrade. The 30 Cambridge dwellers were provided with small, easy-to-use devices that provided them with a year of free access to speeds of at least 4Mbps as part of the project. For some, this was the first time they had ever had a home broadband connection – or even been online.

One of the participants was Steven Lloyd. He had previously had a slow mobile connection for using the internet but found data was expensive. With his TVWS connection, he could speak to family on Skype, keeping in touch but also gaining skills he had never had the opportunity to grasp before. “It’s a learning thing for me,” he said, “I was brought up in a generation where we didn’t have computers.”

Jo, another participant, wanted to use her new connection to acquire and refine skills to help widen her search for work, and was using Facebook to connect with family she hasn’t seen for ten years. “This is lifechanging for me – it’s the start of so many things”, she said. Katrine, a single mother who had never been connected to the internet before, was excited about finding new interests as part of her participation.

For those living in isolation, an internet connection is a link to the world and can be a great boost to wellbeing. Being online provides access to opportunities, not to mention basic services and information, leisure options and education. Digital skills are a critical by-product – being connected helps people build familiarity with technology and can boost their confidence in using it. It’s important to recognise that a lack of connectivity can be an urban problem too in a bid to avoid digital exclusion leading to social exclusion. Technology mustn’t become a social problem.

The Microsoft Research team was exploring the viability of TVWS as an affordable cellular networking option, not to mention its potential for supporting higher bandwidth scenarios, such as smart cities, video analytics or robot navigation. If their results so far are anything to go by, the future is bright – and could be connected by TVWS.