Barcelona lights up with next gen Wi-Fi (Passpoint™) 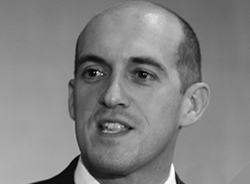 The Wireless Broadband Alliance (WBA), together with The GSMA, Fira Barcelona and the city of Barcelona launched a successful next generation Wi-Fi (Passpoint™) deployment at Mobile World Congress 2018, demonstrating how advanced wireless hotspots can fuel connectivity for smart cities.

WBA member companies Cisco and Boingo engineered the wireless network with Passpoint, a Next Generation Hotspot (NGH) technology that allows people to automatically and securely connect to wireless networks. While this is completely transparent to the user, there is a lot that goes on behind the scenes. In order to roam, the access network needs to accept credentials from a broad range of communication service providers (CSP).

Even though the city network, train stations, airport, and Fira are all run by different organisations, it all looks like one large access network to a MWC attendee as authentication is done through a common set of roaming credentials. To further streamline the experience, this year we also added enterprise credentials to the mix. Supporting more types of credentials means more opportunities for business relationships – driving more revenue.

Nearly 20% of Mobile World Congress attendees connected to Wi-Fi through NGH. This significantly surpassed all previous NGH deployments in Barcelona, representing a 400% increase over 2017. U.S. operators AT&T, Sprint and T-Mobile pushed the majority of traffic to the city’s NGH hotspots, with over 90% of NGH connections coming from their customers. This is a testament to U.S. operators’ leadership in NGH.

“We deployed NGH in partnership with the WBA to ensure leading-edge connectivity for Mobile World Congress attendees not only at the Fira, but throughout the city of Barcelona,” said Xavier Michavila, director of ICT, Fira de Barcelona. “From the airport to popular city centers, restaurants and transportation hubs, we covered people’s entire journey with fast, secure Wi-Fi—a monumental leap forward for smart city mobility and another reason that Barcelona is a world-class host city for world-class events.”

NGH is viewed as a critical framework for developing smart cities with universal Internet connectivity, as Wi-Fi networks will be central for realising what’s possible with the Internet of Things (IoT), big data and roaming. NGH will also contribute to 5G and future converged networks that leverage both licensed and unlicensed spectrum.

“The rollout of NGH at Mobile World Congress showcases how multiple groups from private, public and municipal sectors can successfully work together to drive smart city concepts forward,” said Tiago Rodrigues, senior director at the WBA. “Delivering a cellular like experience over Wi-Fi networks accelerates business opportunities and technology adoption. It is our hope to extend NGH to more international carriers and launch further deployments in large cities around the world.”

An infographic that displays NGH milestones and U.S. leadership can be viewed here.

“AT&T is proud to work alongside the WBA to promote NGH,” said JR Wilson, AT&T VP of Tower Strategy and Roaming, and Board chairman of the WBA. “Our work at Mobile World Congress was a huge success and we look forward to continued projects with the WBA that showcase how Wi-Fi and cellular can work together to give our customers a truly seamless mobile experience.”

“With Passpoint, Barcelona got smart and gave us a glimpse into the future of connected cities,” said Derek Peterson, WBA board member and CTO at Boingo Wireless. “Smart, hyper-dense networks were activated across Barcelona to demonstrate how NGH powers ubiquitous wireless coverage in smart city ecosystems.”